The 42nd generation stops en route to your destiny (Pt. 2)

In yesterday’s blog I began sharing Andrew Shearman’s revelation of the 42nd Generation. I continue it below: 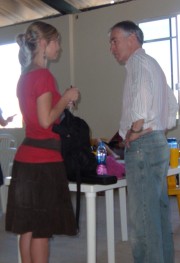 As we move toward our destiny, we can feel the children of Israel. They set out on a 40-year journey to go to the Promised Land. They made stops in 41 cities (recounted in Numbers 33). They are imaginary wilderness cities named after how the Israelites were feeling at the time. The meaning of the name of each city represents an issue in the lives of the Israelites that they needed to deal with to get to the Promised Land. And we too, en route to our destiny must move beyond our feelings en route to our destiny.

Their fourth stop along their journey was Marah. “Marah” means bitterness. They complained because the water was very bitter. It may be true that you have good reasons to be bitter, you probably do. But holding on to our bitterness cripples our personality. We have got to let it go. If you still insist on being bitter, there is nothing anyone can do for you. God calls all of us to be ministers of salvation, givers of life. We cannot do that if we stay in our bitterness.

The 20th stop along the journey is a city with a name that means “fear.” We have a fear of the future. The devil you know is better than the devil you don’t know. We were born to fight the enemy, not fear him. We know that no weapon formed against us will prosper. We have not been given a spirit of fear, but of power, and love, and a sound mind.

The 23rd stop on their journey was Terah. That means “delay” and “slow, rolling disappointment.” The Israelites encountered many disappointments along the way and God wanted them to get over their spirit of disappointment. We will have disappointments in our lives, but we can choose to get healed of them and move on to maturity.

The 35th stop along their journey was a city that meant “distraction.” One of the rules of warfare is not to get distracted. You will be attacked! Take the blows; take the wounds and keep going!!

Stop number 36 was Oboth. That mean “familial spirit.” God wants to get us past the little horoscope type deals. He wants us to know for sure the sound of his voice. Stop number 38 meant “weeping and pining”. The Israelites wept and pined about their time in Egypt. “You brought us out here to die. We would have been better off there as slaves.”

They finally arrived at the 42nd stop, crossing over the Jordan and moving into destiny. Joshua was their leader. They were surrounded by miracles for 40 years. God provided manna for their food, water from a rock, and day of rest every week. But their hearts were still uncircumcised.

And such were some of us. God has taken us on a long journey through hardship and complaining en route to our destiny. Looking back, we see the places where we stumbled and wanted to camp, but destiny came as we pressed on, moving beyond the temptation to wallow in our problems and moving toward our true identity and inheritance. If we will just persevere, God will lead us across the Jordan and into a land of promise.

Continued in: The 42nd Generation is about getting inheritance (pt. 3)