The Bible is more than a (Romanian) storybook

Mike Shuerman posted this  wonderful story from Jesse Walsh, a teammate on the World Race. It will make your day. 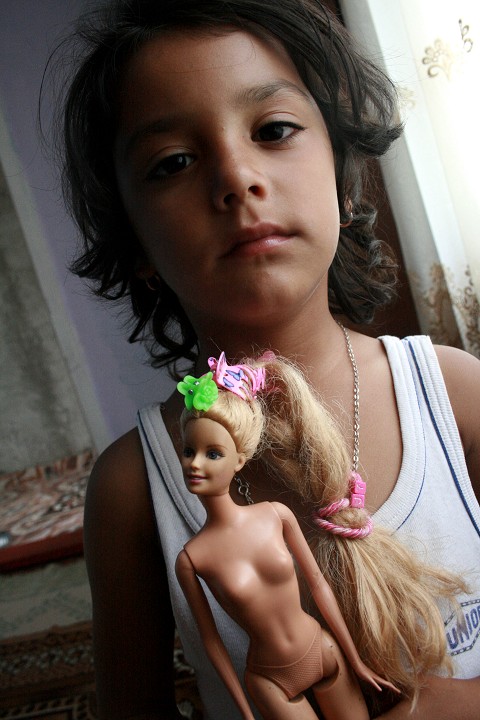 Abi (my Romanian host), Emily, & I were out for an afternoon
of ministry. It had been about 45 minutes since we’d left the house
& we had still not arrived at our final destination. Em & I did
not at all mind our impromptu tour of the Romanian countryside; but by
the disgruntled moans echoing from the driver’s seat, it was clear Abi
felt differently. As we tentatively turned onto yet another road, it
became increasingly evident that we were lost.

There was nothing spectacular about this road – it was rocky,
uneven, & like the others it led to an eclectic group of houses
made common only by their shedding flakes of decaying paint.  Its
ordinary appearance gave us no reason to believe that our encounters
here would be any different than the others. As we processed the gravel
path, the smiling face of a tanned girl greeted us. Her name was
Denisa we were later told. She was shyly situated behind her mother’s
legs as they stood in the doorway of their home. Abi was the first to
approach. It was only a matter of minutes before he was engaged in
conversation with Cornel, the father of Denisa & the man of the
household. In their exchange, a beautiful story began to unfold. 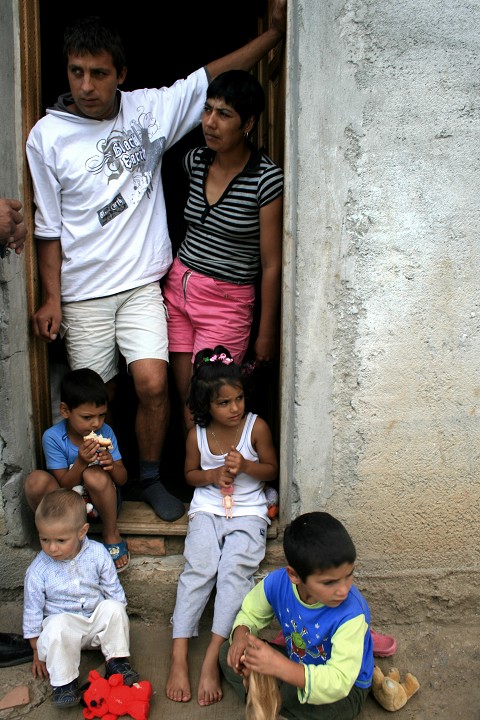 8 years earlier, Cornels daughter received a Bible as a birthday
present. Given that his daughter was young & could not read, the
Bible was seemingly useless & tossed aside. However, through a
series of events, Cornel decided to read this odd birthday gift. Cornel
soon became enthralled with the stories. He came alive with each turn
of a page. He loved the characters, the places, the lessons, the
principles. He loved how he felt when he read it. It was his favorite
book.

But that’s all it was to him- just a book. A fictional
story, a meaningless collection of words arranged on a page. For 8
years, Cornel read his Bible, day in & day out, & he never knew
its contents were real. He said that he often dreamt of the books
reality & had always secretly hoped that it was. Some days he would
feel a force so strong that he was almost certain the Bible was a true
story; but, he still never KNEW. Cornel’s compulsion   toward God was so powerful that he began to mimic the actions of his
favorite character, Jesus. He prayed, just as Jesus did. He prayed for
someone to come confirm that this story was true. Although he had
wishful thinking, he never actually had faith that this confirmation
would ever occur.
[Cornel & family.] 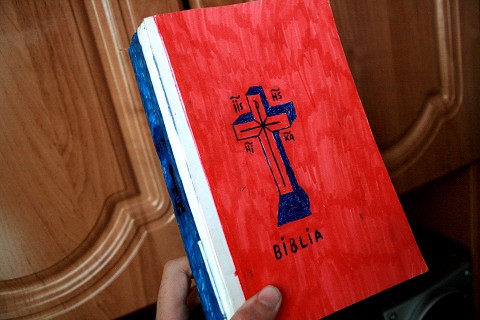 Flash-forward to the present. Abi, Emmie & I are standing in Cornels living room. We are the first Christians he has ever seen.
Until this moment, people like us were only a myth, mere characters in
a storybook. As Abi spoke about the truth of Christ & His creation,
an undeniable energy flowed through the room. Cornel, beaming ear to
ear, frantically thumbed through his Bibles’ thinning pages scanning
& mumbling in Romanian. His fingers stopped on 1 John 1 & he
read loudly “That which was from the beginning, which we have
heard, which we have seen with our eyes, which we have looked at &
our hands have touched- this we proclaim is the word of life. We write
this to make our joy complete.” He looked up, his eyes on fire with passion- like a healed blind man seeing his dark world come to light for the first time. “This is real!!!” he exclaimed. “Now I know that this is real.“ 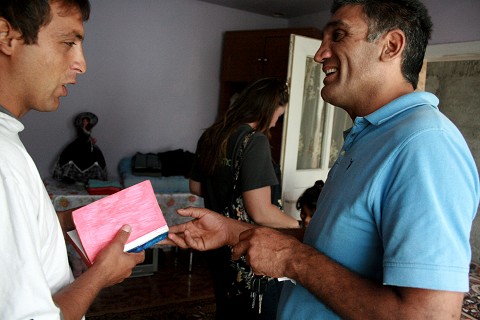 rnel sighed, seemingly letting out the breath he had been
holding for 8 years. He continued on in conversation, his smile never
once fading from his lips. He had made it. For years he had read, he
had studied, he had hoped. And then we show up- just 2 fun-loving
American girls & 1 ex Romanian boxer -lost on a back country gravel
road to unknowingly change Cornel & his family’s lives forever. We
walked onto that street to smile at children & take some
photographs. We had no idea that our presence would confirm the reality
of the gospel.

I’ve been told about people groups who have never heard the name
of Jesus; but, I, never once in all my life, considered the possibility
that someone would have read the entire Bible not knowing that its
contents represent Christianity. It is insane for me to think that a
book which has held such a revered position in my life could be a mere
story to others. 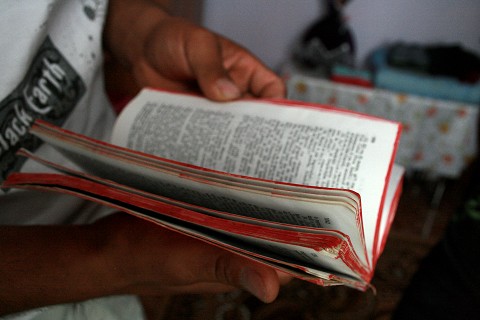 Not until the moment that I saw the fire of salvation ignite in
Cornel’s eyes did I fully comprehend the meaning of being a disciple. “Go into all the world & make disciples of all the nations.“
Those words never held such meaning. God did His part – He created, He
sacrificed, He redeemed, He saved. He commissioned the writing of His
epic story. But now it is up to us, the chosen ones, to ensure that the
Bible is known as more than just a popular fiction. It is our
responsibility to walk down random gravel roads & confirm the
gospel’s reality.


My encounter with Cornel was ground-breaking. I will
never forget the radiant joy cemented on Cornel’s face the day he
discovered his favorite book is real.