The cost of not surrendering

Jesus was uncompromising in what he asked of his followers – complete surrender. Read what he says about a narrow road and taking up your cross and you’ll find little wiggle room. He was a radical and he asks us to be radicals too. We can ignore his words or disobey, but if we’re serious follower…
By Seth Barnes
12 August 2010, 12:08 am
By Seth Barnes
12 August 2010, 12:08 am 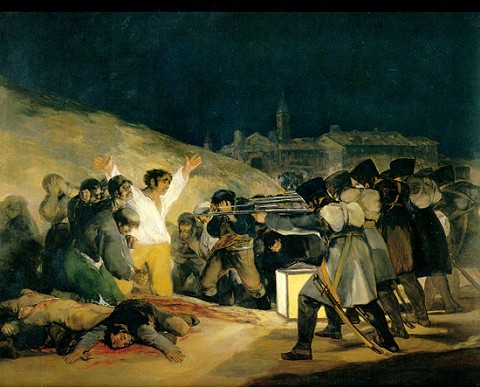 Jesus was uncompromising in what he asked of his followers – complete surrender. Read what he says about a narrow road and taking up your cross and you’ll find little wiggle room. He was a radical and he asks us to be radicals too. We can ignore his words or disobey, but if we’re serious followers, we’ll pay attention to what he said.
In yesterday’s blog, I discussed the cost of surrendering. But there is a cost in not

surrendering as well. Here are four:

Wrong side of the battle
What if you’re fighting for the wrong thing? Confederate soldiers may have thought they were fighting for a moral cause when in reality, they were fighting for slavery. Everyone would have been much better off if they’d surrendered a lot earlier.
What if you as a Christian who insists on calling the shots (instead of turning the steering wheel of your life over to God) are a kind of a slave and are fighting for that way of life? What if you’re clinging to something you’d be better off without?
Hypocrites
In the case of those of us who have chosen to make Jesus Lord, when we don’t surrender, we’re also faced with the possibility that we’re hypocrites. We say that he gets to call the shots in our life, but we stubbornly cling to the steering wheel. People look at us and they say, “If that’s a Christian, I’ll pass.”
Yes, surrender requires trust, but you were supposed to have already settled that issue when you asked God to take over your life.
Settling for a substitute
The cost of not surrendering is that you’ll settle for a cheap substitute, never embracing the real thing. “Having a form of godliness but denying its power.” (2 Tim. 3:5) The cost of not surrendering is that you’ll continue on in bondage while claiming to be free and you will eventually grow cynical. That’s a sad place to end up. If you’ve made the mental jump to an understanding that Jesus should be your Lord, you’re stuck in no-man’s-land until you’ve taken the step to back up what you know to be true with your action.
You can’t avoid choosing

The paradox is that while we were made to live free, to get there we have to give up our freedom. We have to make the counterintuitive transaction. Give your life away and you get it back. As Bob Dylan sang, “You’ve got to serve somebody.” So the question is not, “will I surrender?” but “who will I serve?” Choose not to surrender, not to trust and you’re really just choosing to trust yourself as opposed to others. And hey, if you’re happy with where your life is headed, then more power to you.

Surrender is almost always optional. You can string the miserable process out yet another day. Many do and have developed an array of delaying mechanisms that enable them to postpone the day of reckoning. You can keep backing up, allowing yourself to be painted in a corner. And ultimately you can cry out with all those who have ever identified with Patrick Henry, “Give me liberty, or give me death!” Only, in this case, because Jesus wants to set you free, you are actually choosing bondage over liberty.

Of course choosing not to surrender will keep you in a state of brokenness indefinitely, but for some people, it still beats giving up control. It beats saying “yes” to something you are uncertain about. It beats having to trust.

Some people will spend their lives staving off the decision to surrender, failing to realize that in the end, we all surrender to something. Surrender is inevitable. Before you eventually surrender to death, you may surrender to a disease, or divorce, or loneliness.

We need to learn how to wave the white flag of surrender. Better to surrender to someone who loves you and has your best interests in mind. You need to reach the end of your own resources and realize that if God doesn’t show up, you’re finished.