The cost of surrender

Jesus said, “Anyone who wants to save their life must lose it.” (Matt. 16:25) That’s the language of surrender wrapped in paradox. Surrender is never fun – usually it’s humiliating. Think about General Lee at Appomattox or Emperor Hirohito surrendering after two atomic bombs. What did su…
By Seth Barnes
11 August 2010, 12:08 am
By Seth Barnes
11 August 2010, 12:08 am 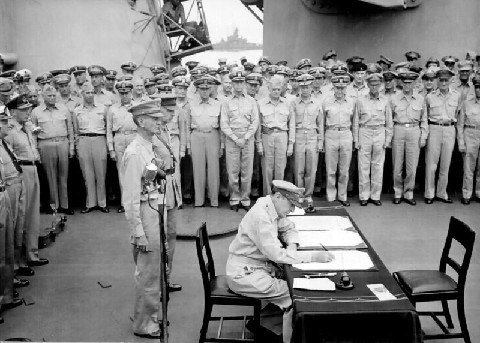 Jesus said, “Anyone who wants to save their life must lose it.” (Matt. 16:25) That’s the language of surrender wrapped in paradox.

Surrender is never fun – usually it’s humiliating. Think about General Lee at Appomattox or Emperor Hirohito surrendering after two atomic bombs. What did surrender mean for them?
In immediate terms they had to go through the miserable process of feeling public shame. They as individuals had to recognize that not only were they losers, but also that all those they were leading were losers too.
They gave up a way of life. Customs would change, laws would change, economic systems would change. Viewed from our privileged vantage point, we can claim, “Yeah, they changed for the better.” But at the time, who knew? Surrender meant reprisals and death for some. As R.E.M. sings, it was “The end of the world as we know it.”
It’s easy to see why we resist surrendering. Who wants to give up rights? Who wants to let others make decisions for you? But we can’t escape what Jesus said, “Anyone who intends to come with me has to let me lead. You’re not in the driver’s seat; I am.” (Matt. 16:24)
When we pray the prayer making Jesus Lord of our lives, we would do well to consider this issue of surrender. It’s a kind of a death, but a necessary one for those who choose to follow Jesus. Too many of us sense all this pain and, having never had a good experience with surrender, fail to take into account the costs of not surrendering. Having little good experience with trust, we prefer to remain in control.
Better to approach the issue honestly and with eyes wide open. If all the baggage associated with the decision to make Jesus your Lord is real to you, then by all means wrestle with it. Don’t walk away having adopted half measures that you may later regret.
And as you do so, consider that the cost may have little to do with the baggage. Giving up control may seem like a huge risk – a cost you can’t bear – when in fact, you’ve arrived at this unsettled station in life precisely because of the tight grip you have on the control of your life. Surrendering to your maker is what you were made for. You know it, you just have to do it. He wants veto power in your life. He’s been kept outside of your decisions for too long; he wants to walk with you as a Lord would.
Choose well. Allowing him to guide you or not is a decision you need to consciously make and not just drift into.