The difference between intentions & actions 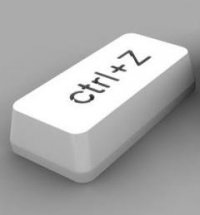 “Even small children are known by their actions.” Proverbs 20:11
“I didn’t mean to,” John said, surveying the damage his go-kart had done to his neighbor’s flower garden when it veered off the sidewalk.
And, at 12 years-old, many of us may give John a pass – he’s a good kid and it was an honest mistake. But at what age do you hold John and his peers accountable for their actions? At what point are a person’s intentions irrelevant?
One of my favorite quotes is from Herbert Spencer, “The ultimate result of shielding men from the effects of folly is to fill the world with fools.” As parents, we raised our children to see that actions have consequences. On your computer, control-Z enables you to undo your last keystroke. But in real life, when you make a mistake, things may not work out as you hoped.
Somewhere along the line, this simple message about how life works didn’t filter down to my children’s generation. Somehow, whether because of the good, but flawed, intentions of their helicopter parents, or a culture that gives out soccer trophies simply because you participated, a lot of people equate their intentions and their actions.
Of course, life isn’t fair. Bad things happen to good people. If we touch the burner on the stove, our hands get burned. And many of us are experiential learners who have to be given a chance to feel pain.
Is there a situation in your life where you feel you got a raw deal? Is there a relationship you’ve got that is in a bad place now? Consider how your actions may have, despite your good intentions, contributed to the situation. You’ll go to the next level in life when you take responsibility not for how you wish things were, but how they are.