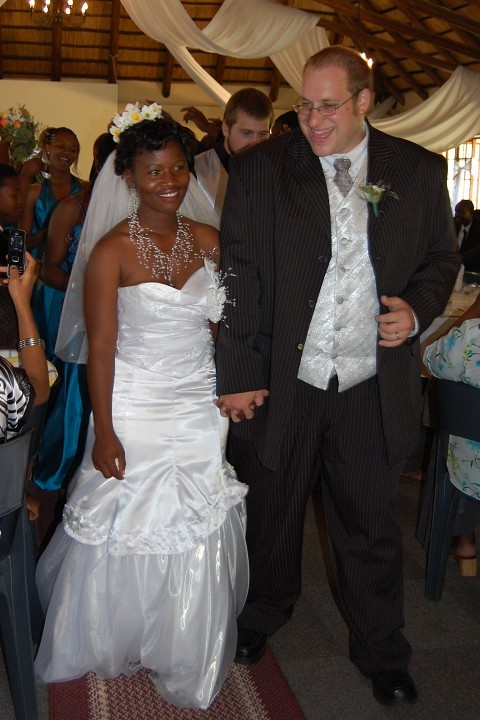 When you go as a long-term missionary to another culture, you may experience a lot of gaps that make it difficult for you to develop relationships. Just a few that come to mind:

But great missionaries close these gaps.

It's never easy. A highly educated, English speaking American with a postmodern worldview, for example, is going to struggle to connect with a Siswati-speaking grandma in rural Swaziland.

A good missionary has to go through a lot of training and a lot of relationship development to connect. Julie Anderson made an irrevocable commitment to Swaziland when she adopted Ellie. Dennis Brock made a similar commitment when he married Zwakele.

Some World Racers go with a heightened awareness of how different they are than their host country ministry partners. But many are relatively unaware. They may miss even basic issues of personal appearance, not understanding how their makeup, tattoos, and jewelry are percieved in more legalistic cultures.

Nevermind that their worldview may be in for an adjustment when they encounter demonic manifestations or dramatic healings.

But of all the gaps that missionaries face, perhaps the hardest one to bridge is the economic gap. There are just so many things we take for granted that are attached to the size of our paycheck and bank balance.

Erica Zeiler, an Adventures missionary in Swaziland, recently shared a story illustrating as to why this is so:

Today I was reminded again of how vastly different my perspective is on money, possessions, & economics,  having grown up as a middle-income kid in suburban/rural America.

One of our ministry partners recently received a pair of shorts from the US with a price tag still hanging on them…for $9.99. In my mind, I was picturing the clearance or sale rack at a huge store & thinking how excited I would be to get a pair of shorts for only $9.99 & that those shorts were a great deal!

They started asking me how much those shorts would be in Emalangeni (Swazi currency) and I said 75 Emalangeni…they all began laughing again & the shorts soon earned the nickname "fancy pants".

My first reaction was that the shorts were on the cheaper end of the spectrum. But, for a Swazi, they would have been 6% of a well-employed person's monthly income…for a person making $7 an hour in the US, that would make the shorts about $67.

Rice is a luxury here that most people can't afford.  I can't begin to wrap my head around it, let alone try to imagine the type of worldview that people growing up here have.

I knew I would be dealing with the cultural gap, language gap, gender gap (because of gender roles), and the economic gap, but I'm barely beginning to scratch the surface at how broad those gaps really are & am continuing to realize how I will never truly understand what it's like to walk a mile (or kilometer) in my Swazi friends' shoes (or bare feet).


To bridge the economic gap in a developing country, you have to become poor. You have to live in the reality of those you're establishing relationship with. Many short-term missionaries, seeing the gap, try to bridge it by handing out money or gifts. But this actually takes the relationship backwards, to a place of paternalism and dependency.

Missions may at times look exotic and fun, but the reality is that it is costly. You often have to give up the things that make you comfortable. The incarnation may be great theology, but living like those you want to reach often means stripping away the trappings of First World living before putting on Third World clothes.

Perhaps you've experienced this. If so, please share your examples.