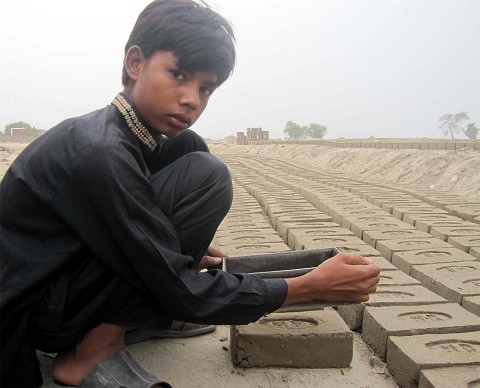 If you had the money and could buy a child’s freedom from slavery for $1500 would you?
If you’re like me, you’d want to know more details. Slavery from what? And what kind of life would he have afterward? And what’s to prevent the adults who enslaved him in the first place from doing the same thing to other kids?
In Pakistan and India, it’s common practice to use children to make bricks. In yesterday’s post I detailed Sharjeel’s situation. His parent’s died in an accident and he was left to pay their bill.
At just ten years-old, Nabeel is in a similar spot. His father died a couple of years ago, leaving he and his mother to pay of their debt. Every day she watches him work in the brick factory with her while other children go to school. She’d do anything to make it possible for him to not have work 12 hour days and get an education instead. Paying the loan off and then sending Nabeel to school would be a dream come true.
But you have to ask questions before you try and help. When does this sort of thing stop?  How many other children are there to take their place? And what’s to keep corrupt men from taking advantage of our compassion and bilking us of our money? 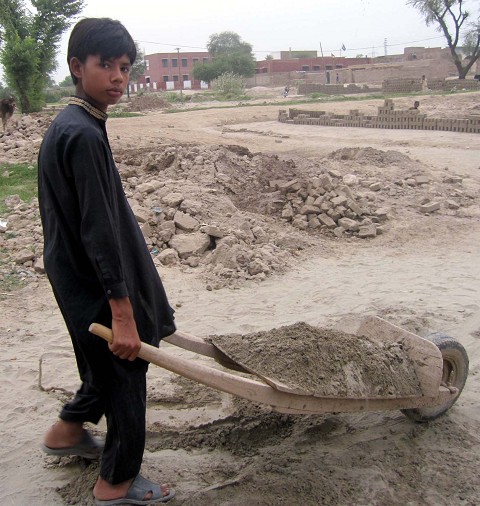 This kind of situation is sadly common. With the help of those of you who responded, we are in fact paying off Nabeel’s debt and sending him to school.
But without our trusted partner on the ground, Emmanuel Sadiq, we would be an easy mark for those without scruples.
Compassionate Americans often play right into the hands of men whose ethics don’t prevent them from using small children to make money. And in some situations, our naivete can actually perpetuate the cycle of poverty.
For example, you have to ask, is there a difference between Nabeel’s situation and the so-called third world sweatshops where employees are free to quit if they don’t like the wages their employers are offering?
Every time we seek to help someone like Nabeel, we have to do the due diligence to ensure that we’re not being played for fools. It’s a harsh environment, and it’s important to be able to verify that people are who they say they are.*
———————————-
*Sadly, there are hundreds of children like Nabeel working 12 hour days in the brick factory. If you’d like to help them, please contact me and I’ll put you in touch with Tara and Emmanuel, who are working to free them.