The experience of a lifetime

Next month, Karen and I will head to Cambodia for our final debrief as World Race coaches. We’ve grown fond of our group of 40 who are going around the world. They come from all walks of life. And what a ride they’ve had so far. Scott Taylor may be typical of them in some respects, but in others,…
By Seth Barnes
11 July 2011, 12:07 am
By Seth Barnes
11 July 2011, 12:07 am 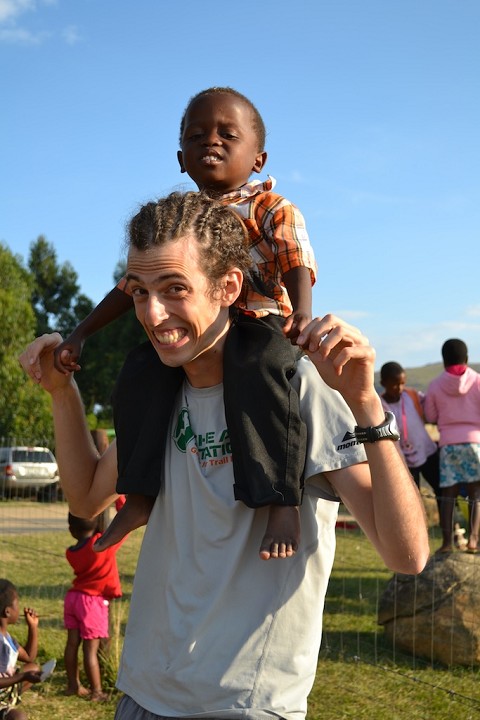 Next month, Karen and I will head to Cambodia for our final debrief as World Race coaches. We’ve grown fond of our group of 40 who are going around the world. They come from all walks of life. And what a ride they’ve had so far. Scott Taylor may be typical of them in some respects, but in others, he stands out. He’s an ultra-marathoner (his longest race being 101 miles) and a math genius.
In five years, the race has grown from 23 people to nearly 500. Scott’s summary of what the race does to racers is one of the best I’ve seen. If you’re a 20-something Jesus-follower, let me encourage you: Grab a friend and do this.

The World Race is an eleven month,
eleven country trip that is best described as the crazy child of a
missions trip and an epic pilgrimage.  If Jesus was constantly
surrounded by a crowd, for the majority of my life I was one of the
faceless admirers.    From the moment I started the application there
was no doubt in my mind that this is where I was supposed to be.
The majority of us sold cars, quit jobs, dumped
boyfriends, and emptied bank accounts to get there.  I managed to fit
all of my material possessions into a pack that now weighs less then
thirty pounds.  We made our way through security, passed through the
gate and flew to the other side of the world, India.
Since then we’ve played with street kids in India, climbed high
into the Himalayan mountains in Nepal, taught English to gypsies in
Romania, planted a field of radish in Moldova, ate pizza in the
imaginary country of Transnistria and danced with AIDS orphans in
Swaziland.
We’ve seen legs grow straight, demons cast out, boils
cleansed, and are still looking for a body to raise.  We’ve climbed
mountains, swam in waterfalls, gone on a safari, rode elephants, and
witnessed to bartenders.
We do all of this while
breaking out of spiritual prisons, freeing ourselves of generational
iniquities and soul ties.  And the best part is… it’s all becoming
normal.  Something whispers inside that this is the way life is supposed
to be lived.  I’m terrified of the possibility of crawling through life
only to arrive at death safely.
God is looking for a generation that will abandon their
American dream and follow the Kingdom dream that God has for them.  If
Jesus walked up to you today and said, “stop everything and follow me.”
How would you respond?