Can I get a Nobel Prize too? I had a great thought back in 1981. I thought, “Ronald Reagan is in a perfect position to negotiate a major reduction in the nuclear warhead stockpile based on the fact that he is a hardliner and can negotiate from a position of strength.” I can’t remember, but I may …
By Seth Barnes
10 October 2009, 12:10 am
By Seth Barnes
10 October 2009, 12:10 am 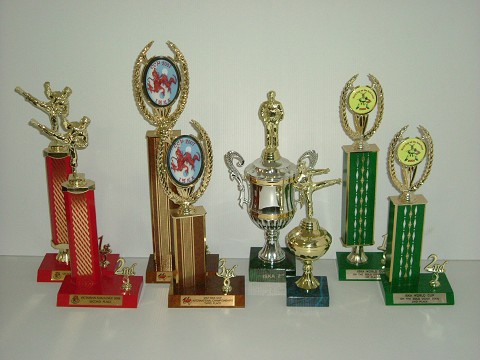 Can I get a Nobel Prize too? I had a great thought back in 1981. I thought, “Ronald Reagan is in a perfect position to negotiate a major reduction in the nuclear warhead stockpile based on the fact that he is a hardliner and can negotiate from a position of strength.” I can’t remember, but I may even have written him a letter telling him that. And then, would you believe it, that’s what happened. I think I deserve a prize.

Prizes and trophies used to mean something. They distinguished those who, because of their achievement, stood out from the crowd. Of course we all need encouragement and cheering is important, but now legions of soccer moms and dads cheer their little Johnny through a season and at the end hold an awards ceremony. Everybody’s name is called and one by one they come up to the front to get their trophy.
The trophies mean nothing. Of course the kids don’t know it. They’ve not been around long enough to know that life doesn’t work that way, that in order for there to be good, there must be bad, that the bell curve is a law of nature. But over time, disappointment will dawn on them by degrees as they feel the harshness of life with no awards ceremony at the end. When their bosses fire them for nonperformance, they’ll start to wake up and get a chiropractic adjustment of their value system.
For years we’ve had grade-inflation in our schools. But even as our grade averages have gone up, our test scores have gone down. And now we’re eating a politically correct Brunswick stew of values where everyone’s a winner.
We parents have become addicted to enabling. As they get older, we have a hard time quitting our cheerleader-in-chief roles. We
want to attach a thousand little booster rockets to our 25 year-old who
still lives in the basement. But inadvertently we stunt his growth by not allowing him to feel the affects of his lack of performance.
Just for a second I’d like to ask a few  questions: Can there be justice in a society where every action is celebrated and there are no losers? Where do the warriors go when the ones who kept the peace were the people who thought great thoughts without having to back those thoughts with action?
And what will become of the value of courage when it becomes the same as thinking noble thoughts?
The video below illustrates my point (thanks, Mike).