The great Cuban revival of 1988

For 30 years there was no witness in many parts of Cuba. The worst region was Matanza. In 1988, a great revival came to the town of Madruga. It spread through Cuba and destroyed the spirit of atheism. It began when an evangelist came to preach and many were healed. After four days, he left. The …
By Seth Barnes
14 June 2007, 12:06 am
By Seth Barnes
14 June 2007, 12:06 am

For 30 years there was no witness in many parts of Cuba. The worst region was Matanza. In 1988, a great revival came to the town of Madruga. It spread through Cuba and destroyed the spirit of atheism. 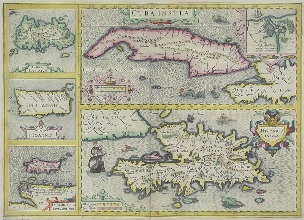 It began when an evangelist came to preach and many were healed. After four days, he left. The pastor was left wondering how he could possibly keep this going. That day, some people brought a man who had been paralyzed all his life to receive prayer for healing. This meant a confrontation and the people knew it. They gathered around to see what the pastor would do.

There were so many, that instead of praying, he preached. At the conclusion of his message, he knelt beside the man’s cot and prayed. Then rising he exclaimed, “Just as Peter did, I command you to rise up and walk!”

The man jumped to his feet and began running around the church. As more people gathered around, he ran up a nearby hill.

Seeing this, the crowd was awe-struck. People began bringing the sick to the church in droves for healing. It got to be so overwhelming that the army had to help keep the crowds that streamed to the church in order. Twenty four services were held per day, with up to 400 in each service. One service was held on the flat church roof, and one in the church.

The evangelist who had triggered all this went on to the city of Santiago. Together with two pastors in the area, he began to hold services there. The miracles continued. As people heard about the many healings, they came by the thousands. After five days, the police stormed the church in the middle of a meeting. They drug the people out and beat them. They smashed the piano and pews. They put the leaders in jail.

Undeterred, the young people of the church continued to carry on with the meetings before they too were put in jail. This kind of bold resistance fueled a revival in the church nationwide in Cuba.