The importance of prayer on a mission trip 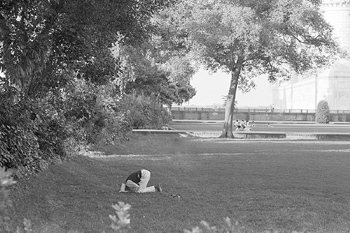 This central truth is often lost amidst the noise of ministry. When asked why they put so much emphasis on prayer, pastors in South Korea typically respond, “That’s where the power is!”

Too often, our prayers become tired reflections of our cultural Christianity. Trapped by the staleness of our own experience, we learn to expect little of the omnipotent creator of the universe. Secure in what we have, we dare not hope for more – we become prisoners in the ruts of what we know.

Field trips of all sorts can help us out of our ruts.  We don’t need to travel overseas to see that prayer works; a trip across the city may be all the refreshment that we sometimes need.

Christians everywhere are learning the truth of Jeremiah 29:13, “You will seek me and find me when you seek me with all your heart.”  A common pattern in discovering new depths in prayer often looks like this:  An initial desire to know God in a deeper way leads to a greater depth of worship, which leads to repentance, which leads to restoration and intimacy, which leads to power in prayer.

We are seeing an explosion of interest in prayer.  The books finding their way into print are just the tip of the iceberg.  Many new initiatives that span denominational boundaries are springing up, among them:

Concerts of Prayer, Prayer Marches, See You at the Pole, Seminars on prayer, and many new ministries whose sole focus is prayer (Generals of Intercession, Esther Network, Sentinal Group, Global Harvest, Women’s Aglow, and Moms In Touch, to name a few).
To be continued tomorrow…