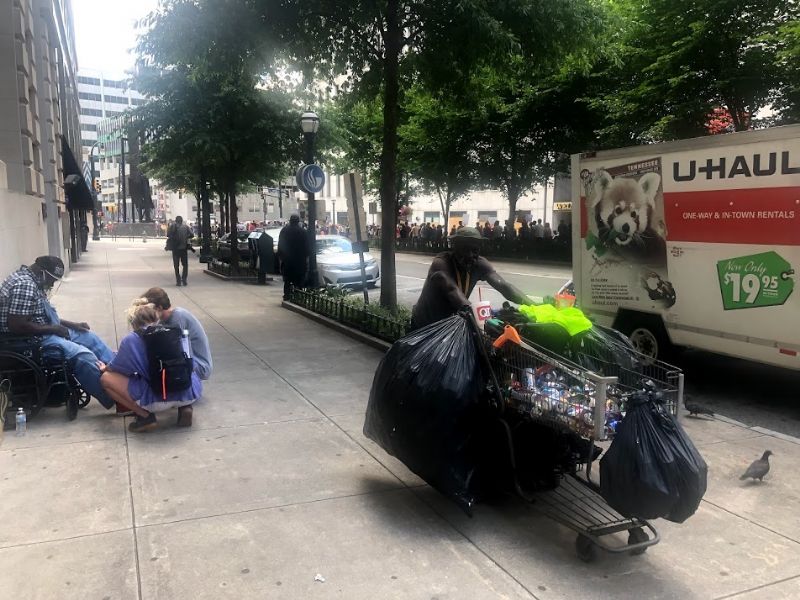 Look closely at this picture. What do you see?

If you look in the background, you’ll see a crowd of people – 6,000 of them in last week’s March On Atlanta. In yesterday’s post I enumerated some of the reasons I participated. We need to take action to demand justice!

Now, look in the foreground. What do you see? I saw this guy gathering aluminum cans and talked to him. I don’t know if he was homeless or not. I asked him if I could take his picture and he said yes.

For me this man stands out as an example of why we’re marching. He represents the many Black urban men I’ve seen who live on the margins. They live under the overpasses and behind buildings in Atlanta. They may get food at homeless shelters.

Over the past 30 years, I’ve sought to help those caught in cycles of poverty in our nation’s cities. In cities like Philadelphia, we established homeless ministries and ministered to addicts. I’ve ministered alongside men like Larry Arnold of Eagle’s Nest Ministries in Atlanta.

Who knows what the life of the man in this picture is like, but who cares about him? Does he have family? If he were to be in trouble, would anyone come to his defense?

Look at the photo again. There is another man living on the margins on the left side against a building. He appeared to be lame. I don’t know if he was begging. But I was gratified to see a man and woman kneeling beside him who hadn’t ignored him. They were there praying for him.

Yes, they will probably never see him again. But at least they were trying. And they highlighted three responses available to those of us concerned with racial justice.

We may care and we may get on social media, but our action stops there. The man with the shopping cart full of cans remains anonymous to us. To care at a distance is better than nothing. At least we’re doing something.

We’re marching. We’re praying. We got in our car and drove somewhere. We registered to vote and we voted. Unless large numbers of people do this, nothing changes.

This is the couple that is praying with the lame guy. He is no longer anonymous and ignored. Yes, the prayers may be token prayers – a small gesture. Or they may be a part of a lifestyle of noticing the marginalized as Jesus did. The point is to begin to actually touch those who have no one caring for them.

Jesus identifies those who need healing, who are hungry, who are hopeless. He targets them with care. And he called those of us who are his disciples to do likewise.

Marching is a great start. It gets us out of the safety of our homes. But it is just a start. True change begins to happen when we begin to notice and touch those at the margins. 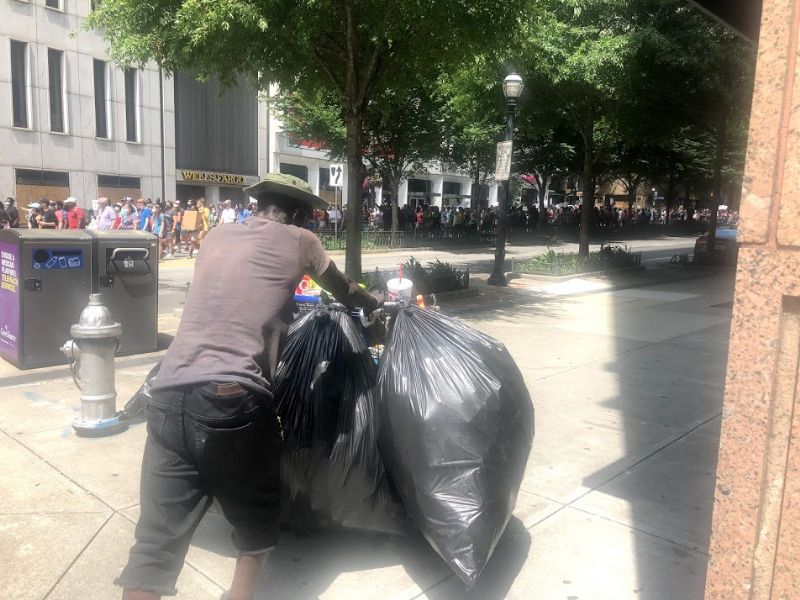 What a hard season of sickness and division we are going through!  The nation was g…
22 June 2020

4 Reasons to March for Racial Justice

Last week I joined the OneRace March On Atlanta. An estimated 6,000 people of different ethni…