The link between discipling and missions 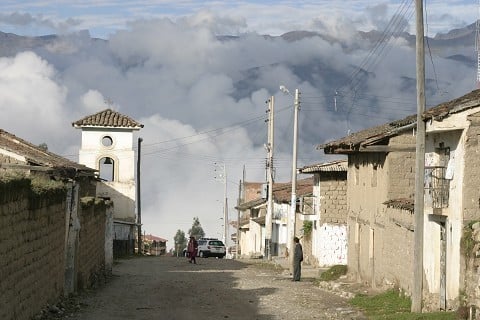 In 2002 I took 21 people to Peru for a month to plant five churches. Last month I met with one of them whose future changed forever one evening. I had felt that God had a word for him. So in the Peruvian night air while standing by our bus, I passed in on to him: “Go to China.”
After the trip, he did just that, learning Mandarin. He later returned to Peru, became fluent in Spanish, married a Peruvian wife, and recruited a team to go to China as well. Now both he and his wife are full-time in China. They have assimilated the culture and is planting churches in the most Muslim part of the country.
After meeting with me, he went on to meet with another disciple from that trip who is planting churches in the Dominican Republic. Both expect to grow old in their respective adopted countries.
This is how missions works to accelerate discipleship. If you were to look down the list of people who went on that trip, you’d see that most of them are engaged in some kind of ministry leadership.
The two 50-something co-leaders I took have continued to return to Peru. They take teams and follow up on the churches that we planted.
Most of the group is engaged in full-time Christian ministry and though I’m not in touch with all of them, the ones I do know about who aren’t in ministry full-time have some other kind of ministry they do.
Giving the group I took a task that seemed huge to them and then seeing God come through for them in realizing it was formative in their discipleship.
And that’s not the end of it: At least one of the churches we planted is now sending out its own missionaries high into the Andes Mountains. One of our team hiked for hours to get to the remote location where they planted the church. He reported what a thrill it was to see the Gospel being preached and disciples being made in that remote place.
I believe it’s how Jesus’ vision for the world is one day realized.