Thirty years ago, when I was just learning to travel, I came face-to-face with a certain type of of fellow traveler that the locals viewed with barely disguised disdain. In the same way that there is a caricature of the Japanese tourist traveling in groups, cameras hanging from their necks, so…
By Seth Barnes
10 July 2012, 12:07 am
By Seth Barnes
10 July 2012, 12:07 am 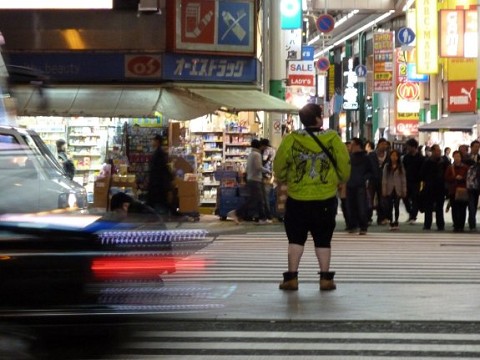 Thirty years ago, when I was just learning to travel, I came face-to-face with a certain type of of fellow traveler that the locals viewed with barely disguised disdain.

In the same way that there is a caricature of the Japanese tourist traveling in groups, cameras hanging from their necks, so I learned, there was the caricature of the ugly American. Foreigners saw so many loud, obnoxious Americans, that we were easy to stereotype. Wearing their checkered polyester suits, they pushed their way to the front of every line. Oblivious to local customs, they made poor ambassadors for the American way of life.

Times have changed, but there is a new ugly American on the scene. Yesterday Melinda Nelson, an American missionary shared the following comment on this blog:


"It is amazing how many American women balk at the idea of not being able to wear sleeveless shirts or shorter shorts in some of the hot weather cultures. They like to excuse themselves with 'Well, they know I am American, so it's okay.'

Why create a distraction and stumbling block to the others? Are you there to free the people from their clothing legalism or is Jesus to be the focus? By seeking Him first, He can attend to clothing issues in His order of priority."

To our chagrin, World Racers can sometimes be this way. Too many of them don't seem to understand that in many cultures, their tattoos or scruffy attire communicate a worldliness. We ask them to pack light, but unpacking a sense of entitlement is a lot of work.

The problem is that, if we're to be effective, we must go as guests. Yes, our hosts may be legalistic. They may have their own issues. But that doesn't give us the right to be poor guests. We are only able to serve in the local culture because we are partnering with them. Without them, there would be no local relationships and no follow up. So we must learn what it means to be a good guest.

Just a few questions would help them be better guests and more effective missionaries. Questions like, "Is there anything about my appearance that might make it hard for me to be accepted in this country?" Or, "What do I need to do to fit into the local culture?"

Today Taylor McKellar gives us a better example to follow. A former racer who wants to plant the kingdom, he is flying to Hydrabad, India and heading north. He's in India for the next six months to serve a 29 year-old Indian church planter named Sunitha. She has planted over 200 churches. Her method is to go into a village preach the gospel, heal the sick, and cast out devils. After she's done, she leaves a church behind.

Andrew Shearman gave Taylor his instructions before leaving, "Pack light. Only give your opinion if you're asked for it. Become like an Indian. Serve well under her authority. Maintain an attitude of humility and thankfulness."

Paul said, "To the weak I became weak, to win the weak. I have become all things to all men so that by all possible means I might save some." (1 Cor. 9:22)

And a little earlier* he says, "Be careful, however, that the exercise of your rights does not become a stumbling block to the weak." That's our standard.

Karen and I are going to coach a new World Race squad that launches in September. We'll tell them about how we tried to live it out as missionaries in Indonesia where Karen cooked on bunson burners and didn't have a fridge. We'll give them Andrew's advice about serving well with thankfulness and humility.

Jesus said "the first shall be last." He said, "be the servant of all." It's tough medicine, but it's the antidote to the stereotype of the new ugly American.