The orchard whose fruit was a car

This is an amazing story that spans continents and generations. It’s a story of how God rectifies injustice in ways that we can’t see. I’ve been trying to gather the details to tell it for a year now. Finally, with the help of Joe Bunting (currently on the World Race), I’m able to share it with y…
By Seth Barnes
14 April 2010, 12:04 am
By Seth Barnes
14 April 2010, 12:04 am 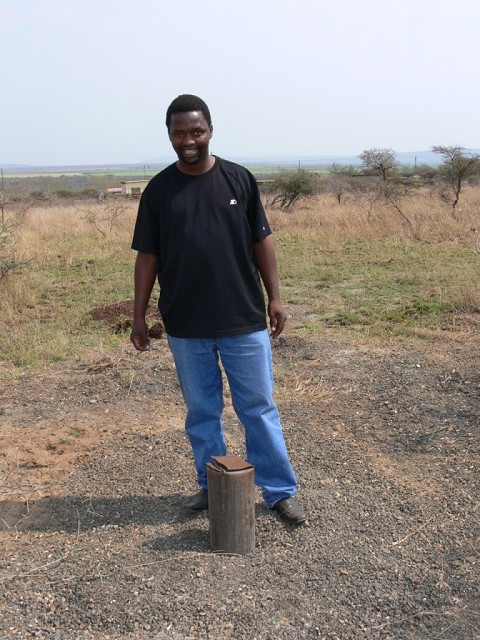 This is an amazing story that spans continents and generations. It’s a story of how God rectifies injustice in ways that we can’t see. I’ve been trying to gather the details to tell it for a year now. Finally, with the help of Joe Bunting (currently on the World Race), I’m able to share it with you.
Pastor Gift is the only hope that six hundred orphans and forty grandmothers in Nsoko, Swaziland have got. Every day he helps deliver their food. He visits them and prays with them. When their AIDS symptoms become overwhelming, he takes them to the hospital. And when they die, he conducts their funerals.
It’s such an overwhelming, stressful life, that he suffered a breakdown earlier in the year. So when his car quit working, we all knew that he needed help. How would God provide another one? All we could do was pray and ask God to provide a miracle. Of course, God cares greatly for his orphans and answered – here’s the story of how he used Monika in the process.
When Monika felt God calling her to leave her chiropractic practice in Michigan, she felt it was about time.  After years of work, she wanted to focus on ministry.  She had already been exploring alternative ministry-focused career options, spending less and less time at the office and more and more time praying and ministering to people.

In April of 2008 she finally sensed God releasing her from her practice and went into ministry full-time.  The problem: where was the money going to come from?  This was further complicated when she had to actually pay money to get out of her practice.

God reassured her with Matthew 17:27, “Go to the lake and throw out your line. Take the first fish you catch; open its mouth and you will find a four-drachma coin. Take it and give it to them for my tax and yours.”  God promised to provide for her need, not just in an unexpected way, but so abundantly as to help others, too.

Flashback: Communist Romania
Monika comes from Romanian heritage. After the war ended and Romania became communist, Monika’s grandfather was working in his orchard when two Communist officials arrived uninvited to his home.  They said his farm was being seized by the Communist Party and ordered him to sign over the deed.  When he refused, they arrested him and took him to the police station.

“Why is your shoe untied?” they said to him.  “Tie it.”  When he bent down, they kicked him in the face.

They asked him three times to sign over his land.  Every time he refused, he was beaten.  The third time, he signed the papers.  For the rest of his life, he worked on land he did not own.

Fast forward to 2004.  As Romania began the process of joining the European Union, they started to return land stolen by the Communist Party .  By this time, Monika and her family had fled to the US, but those who remained in Romania began a four-year battle to retrieve her grandfather’s land.

Monika’s family did not tell her about her grandfather’s land, but as the sole heir, she stood to inherit everything.

2008 and praying for provision

In 2008, a jobless Monika was praying for God’s provision.  It was then that her family notified her that the Romanian government had returned her grandfather’s land.  The money from the sale of the land would provide for her every need.

Monika saw this as nothing less than a miracle – God had indeed provided!

Simultaneously, Patti Radzik, a friend who had just returned from a mission trip to Swaziland, told her about a pastor who was helping hundreds of AIDS orphans and  needed a car.

In the same way that she had been blessed, she wanted to be a blessing.  So she wired $8,000 to help buy the car for Pastor Gift.  And of course those of us asking for God to provide a car for Pastor Gift saw this as no less miraculous than the Monika saw the provision of money from her grandfather’s land.

When God calls us to take a risk and follow him, he rewards us by providing for our every need.  Sometimes, as in Monika’s case, or the story of the coin in the fish’s mouth, his blessing is so abundant he can even use us to provide for the needs of others.