The secret to not getting lost

A group of us were sitting in our living room last night. Teri, Rebecca, Lily & Lisa are going on a Luke 10 journey tomorrow, so they came over to get some prayer before they left.   They needed prayer for courage and for guidance among other things. Guidance, because you can feel los…
By Seth Barnes
26 September 2011, 12:09 am
By Seth Barnes
26 September 2011, 12:09 am 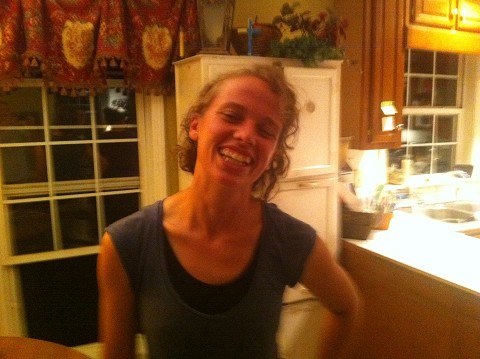 A group of us were sitting in our living room last night. Teri, Rebecca, Lily & Lisa are going on a Luke 10 journey tomorrow, so they came over to get some prayer before they left.
They needed prayer for courage and for guidance among other things. Guidance, because you can feel lost when you’re not sure of your destination.
Luke 10 journeys are not for the faint of heart. As described by Luke, Jesus sent his disciples out without anything and expected miracles.
The gang I hang around believes that he still sends us out that way and so they periodically practice trusting him by going on these journeys without much of an itinerary or means of support.
The trouble is, we’re used to planning. A typical question when you hear that someone is going on a journey is, “So, what’s your itinerary?”
And Rebecca’s answer is, “Well, we’re going to ask the Lord along the way and we believe that he’s going to guide us.”
Rebecca describes herself as someone who is prone to getting lost. She says, “Ask any of my friends. They’ll tell you the same thing. I get lost. A lot.”
But that’s getting lost physically. The paradox is that Rebecca has learned the secret to never getting lost in the way that we humans sometimes do. As in, not knowing where we’re going in life. Feeling like we’re not connecting with ourselves, others, or our purpose. Lost.
Rebecca’s secret is that she’s learned to hear the Lord’s voice. She’s discovered what it’s like to listen to the quiet in a place where that lost feeling can rise up like a dark mist. And through the quiet she’s learned that God speaks and he guides.
It’s a scary thing to invite lostness by venturing out like the disciples did in Luke 10. But Rebecca has discovered a secret. She put it to us this way:

“He’s never failed me.  Yet.
I’m beginning to think He never will.”