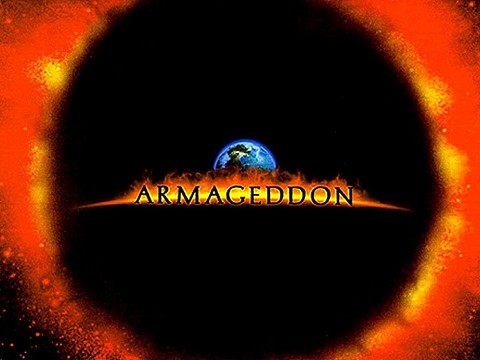 Note that today is that day when the Mayan calendar ends. So as most of you who have survived past regular media-fuled apocolyptic scares know, this is when the apocolypse was supposed to come.

But here's a spoiler alert to everyone outside of this time zone: We didn't die, or at least we haven't yet.

I say that and yet need to add this caveat – as far as I can tell the world hasn't ended yet. Perhaps I'm living a kind of Truman Show where the world ended and I'm part of an elaborate pseudo-reality. Perhaps you are too. I mean, how would you know?

This is what I know: There's a lot of wind around our house in Georgia, but it's still here and for us, at least, it seems like the world hasn't ended. So, assuming that Descartes was onto something, that "I think, therefore I am," then here's my conclusion – if you and I are still thinking, we are in fact still here.

That said, please indulge me while I take the millions of amateur eschatologists out there to task.

What is this fascination we Christians have with the world ending? We tend to lead the way with our mass death-obsession. Before the Mayan calendar scare, it was Harold Camping, of Family Radio, who predicted that "we can know from the Bible alone that the date of the rapture of believers will take place on May 21, 2011. He later showed up unraptured and admitted the obvious, that he'd been wrong.

I'm just saying, there are enough nonChristian predictions for all of us without those of us who have been given hope abandoning our hope (this site noted noted 12 failed predictions for TEOTWAWKI – The End Of The World As We Know It:

When I was growing up, Hal Lindsey made a lot of money predicting the world was a gonner. 42 years ago his book The Late Great Planet Earth told us to expect Russia to attack Israel any second and end this thing. Lindsey devoted the rest of his life to the job of continuing to warn us not to come out of our bunkers, despite the fact that the world outside hadn't ended.

Of course Jesus told us all we need to know about the end of the world when he said, ""No one knows about that day or hour, not even the angels in heaven, nor the Son, but only the Father." (Matthew 24:36)

Still, we Christians can be a fretting, pessimistic lot. We watch the local news, almost all of it bad, and it colors our mood. Over the years we begin to look for ways that the world is spiralling out of control. It becomes our default posture. We go around thinking, "ain't it awful? What other terrible things are going to happen?"

The Bible calls those kinds of thoughts "meaningless speculations, which don't help people live a life of faith in God…" (1 Timothy 3:4).

1. "It is appointed unto men once to die, but after this the judgment." (Heb. 9:27) Dying one time should be enough without repeatedly imagining how it's going to go. Do that enough and you will become a prisoner of fear.

2. The Gospel is good news, not of death, but of life. We are called to liberate people from fear, not subject them to it. As far as I can tell, Jesus wanted us spreading good news, not bad.

I'm delighted on 12/21/12 to still be intact. How about you? Yes, the world will end for us soon enough – I'm 54 and have an expiration date. Who knows how I personally will leave this mortal coil, but I intend to spread a little Christmas cheer in the meantime. I say we sing a few more stanzas of "Joy to the World" on 12/22/12.