The following from Buechner makes the distinction between Christian words and the concepts behind them. Many of us who follow Jesus need to examine the exclusivist language we use that for many non-Christians forms a barrier to their inquiry into what it means to follow Jesus. …
By Seth Barnes
11 April 2007, 12:04 am
By Seth Barnes
11 April 2007, 12:04 am

The following from Buechner makes the distinction between Christian words and the concepts behind them. Many of us who follow Jesus need to examine the exclusivist language we use that for many non-Christians forms a barrier to their inquiry into what it means to follow Jesus. 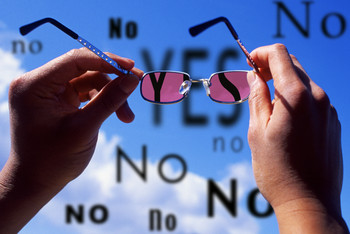 “I shall go to my grave,” a friend of mine once wrote me,
“feeling that Christian thought is a dead language – one that feeds many living
ones to be sure, one that still sets these vibrating with echoes and
undertones, but which I would no more use overtly than I would speak
Latin.” If the language that clothes Christianity is not dead, it is at
least, for many, dying.

Take any English word, even the most commonplace, and try
repeating it twenty times in a row –

umbrella – and by the time we have finished,

umbrella will not be a word any more.
It will be a noise only, an absurdity, stripped of all meaning. And
when we take even the greatest and most meaningful words that the Christian
faith has and repeat them over and over again for 2000 years, much the same
thing happens.

There was a time when such words as

atonement had great depth of meaning, great reality; but through centuries of
handling and mishandling, they have tended to become such empty banalities that
just the mention of them is apt to turn people’s minds off like a switch.

But I keep on using them. I do not know any other
language that for me points to the realities that underlie them so well.
Certain branches of psychology point to them, certain kinds of poetry and
music, some of the scriptures of Buddhism and other religions. But
for me, threadbare and exhausted as the Christian language often is, it remains
the richest one.