TIA: This is Africa 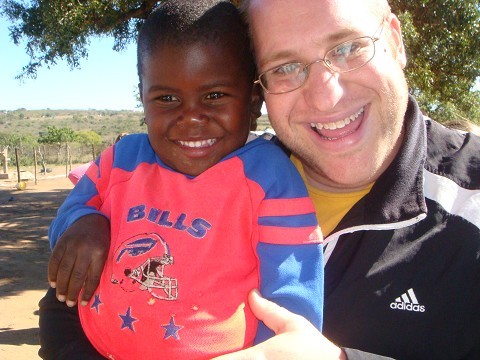 South Africa is in the middle of a huge energy crisis. In the past few months it has not been uncommon to have the power turned off for four, six, or eight hours at a time. South Africa calls these power outages “load shedding,” and when it happens everything is forced to shut down: gas stations, hospitals, government offices, stores, restaurants- the list goes on and on. This has been a very hard thing for the many South Africans who were used to having an uninterrupted power supply.  A couple months ago I faced this challenge first hand in an amusing experience.

A colleague and I were on our way to the Johannesburg Airport to pick up a visiting team. We made a stop at a mall in the city of Witbank to get some lunch. And then something hit me – you know that feeling that you need to get to a bathroom ASAP! The “red alert, emergency, battle-stations” feeling, that if you don’t make it to a bathroom you will be in some serious trouble! Yeah that was me. So I ran to a nearby gas station and asked an attendant if I could use their bathroom   “Sorry but you cannot!” was their harsh reply.

“Because the power is out and it is not safe for you to use the bathroom!”

I pleaded and told him I really would be okay to use it, but the attendant wouldn’t budge. He pointed me in the direction of another public restroom. It was 300+ yards away, but I was in serious trouble, and I am sure I ran faster than any Olympic athlete to get there.

When I arrived I found that the entrance was designed to keep people from seeing inside, using two doors and incorporating a 180 degree turn. The result was that I walked into complete and utter darkness.   “Oh no! What do I do?”

There were no windows and no chance of light emanating from the double-door entrance. I couldn’t see a thing, and I had no sense of direction. Then I noticed that someone was right next to me in the darkness – a little bit freaky, I might add!!!

He then switched on his cell phone and was using the little bit of light to find the exit. I begged him to borrow me his cell phone so that I could find a toilet (I had left my cell in the car, and going back to get it was not an option). He wouldn’t let me have his phone and would only say “Sorry but I have to go.”

“Please, please, please sir!” I continued to beg but he exited the bathroom and left me once again in the black abyss. I called out: “Is anyone in here? Can anyone help me find the toilet? Please!” But there was no response.

I had to do something. I reached out my hands into the darkness and tried to feel my way to a bathroom stall. AND THEN my left hand touched something…at first it felt like a bunch of small wet pebbles, that were both warm and cold. But to my utter horror I realized that my left hand was submerged in a urinal. Those weren’t pebbles from a stream, but those little air freshener things…

“Aaggghhhh!” I screamed and almost vomited. But I had to push on. I reached out into the darkness again and after a few minutes eventually found a toilet stall.

The remaining details are too horrific to even write on this blog…but as I sat alone in the darkness of that stall, I thanked God that I had finally found a toilet but also laughed hysterically and said “Things like this always happen to me!” When I got back to the car my friend asked. “Did you find a bathroom?” I felt dirty and said “I don’t want to talk about it. Just get us the heck out of Witbank.” I then held my left hand out of the window as we drove the next hour and a half until we reached another gas station where the electricity was on. Yes, THIS IS missions, and these kinds of things seem to always happen to me.