This past week I blogged about Willow Creek’s recent expensive, comprehensive study of the effectiveness of their programs in discipling people. You’ve got to applaud them for putting everything they stand for with their “Seeker Sensitive” model of church at risk. The conclusion was th…
By Seth Barnes
29 December 2007, 12:12 am
By Seth Barnes
29 December 2007, 12:12 am

This past week I blogged about Willow
Creek’s recent expensive, comprehensive study of the effectiveness of their
programs in discipling people. You’ve got to applaud them for putting
everything they stand for with their “Seeker Sensitive” model of church at risk.

The conclusion was that discipleship
doesn’t happen through workbooks and programs. Duh. Paul said, “Imitate me.” He was
the curriculum. 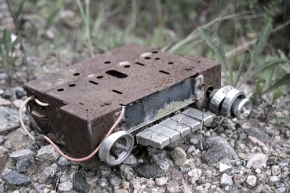 My friend Clint told me that he shared the Willow Creek study
with one of the executives in a company that is a successful purveyor of
curriculum.

She couldn’t believe it. She
was offended that this megachurch would say that they’ve been doing
discipleship wrong. She said, “They really think they’ve wasted millions of
dollars? I don’t believe it.”

Clint just said, “Well you’ll
have to talk to Bill, but that’s what he said.” Clint went on to tell her about
a woman named Jill who won fifteen Muslim converts as a businesswoman in the
Middle East just by “doing life” with them.

“Well, I don’t know, but that’s
just what you’re supposed to do.”

OK folks, for heaven sakes, let’s
all study our Bibles. But isn’t it also
time that we all joined Bill Hybels in declaring bankruptcy? Our old paradigms of discipleship have failed
us miserably. The church you belong to may be intact,
but overall, our churches are withering, and if you’ve hung out with young
people lately, you know that they understand the emperor has no clothes
on.

It’s time we got back to basics and
started imitating Jesus. We need to toss
out our old paradigms of discipleship and join Jill – we need to start doing
the stuff.