Too Cool For School

This week I’m at the Sundance Film Festival. The films are interesting, Park City is beautiful and a lot of beautiful people are here. You bump into actors you’ve seen onscreen in lobbies and on sidewalks. It is both fun and disconcerting. Disconcerting insofar as you find myself wondering whe…
By Seth Barnes
28 January 2015, 12:01 am
By Seth Barnes
28 January 2015, 12:01 am 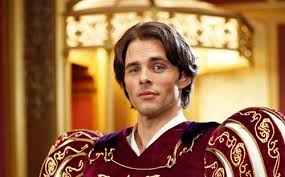 This week I’m at the Sundance Film Festival. The films are interesting, Park City is beautiful and a lot of beautiful people are here. You bump into actors you’ve seen onscreen in lobbies and on sidewalks.

It is both fun and disconcerting. Disconcerting insofar as you find myself wondering where you fit on the cool scale. “Oh there’s Ewan McGregor, should I talk to him?” I think, then I think how dumb that is.

A friend saw James Marsden (the prince in Enchanted), went up to him and said, “You were in Scandal, right?” He sneered, “No,” and walked away. Whoops, not cool.

In any given high school, there is a group at the top of the social ecosphere. They are standard setters for the mosh pit of identity politics. They wear the right clothes and do the right things. They are “too cool for school.”

Coolness is a prized value in our society. Coolness sets you apart from the mainstream. It implies that you’ve got something others want, but don’t have. Coolness is envy-arousing.

“Can’t touch that,” the cool guy says. Cool guys are untouchable. Young people want to know where they rank and who they are. They can’t help playing the comparison game. And it’s a game that the cool guys win.

In contrast, Jesus was eminently human and touchable. He came to touch and be touched. A cool guy creates space between himself and the unwashed masses. Jesus walked among them and said, “Come unto me all of you who are weary and overwhelmed.” And that’s a lot of us.

Cool guys seem to live on an exalted plain. They are guys like Andre Agassi and say things like, “Image is everything.”

Of course it is not. Image evaporates like a shallow puddle in the Arizona summer. It does nothing to answer our hearts’ real questions. To live as something we are not is to slowly suffocate. To live without connection is to walk a lonely path that results in emotional withering.

It’s in us all to play that cheap game. Get close enough and maybe a little bit of cool will rub off.

Don’t do it. God made you an original. You delight him just the way you are.