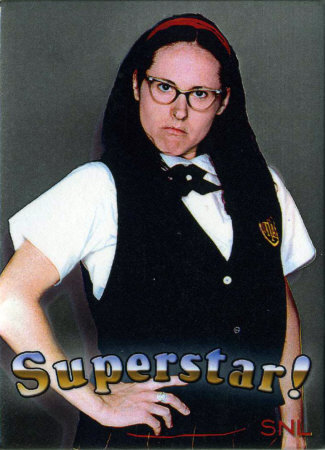 Josh had a very vivid dream while we were out hiking that he later recounted to me:

It seemed like we were in the upstairs of a house. There was a handful of guys standing around, when all of a sudden, you said, “Now i
understand…..there are too many superstars!” And as if the word from
God was so overwhelming, you collapsed. A couple of us caught you and placed you on the ground. You did
not totally pass out….you just seemed weak and fell. That was the end
of the dream.

Let’s suppose for a second that God was in the dream, that indeed it was a message of some sort. What would God’s point be? I guess it would be no big revelation that too many of us have ego issues. We want the limelight. Somehow, God is not enough; we need to boost ourselves with the adulation of people as well.
When you’re following a superstar, a number of things are inverted. You find it easier to take your eyes off God and look at man. He (or she) can become a little g god.
When you’re following a superstar, inevitably you’ll be disappointed. If it’s not an issue of integrity, it may be an issue of poor choices or something that seems to you like a compromise.
Superstars get twisted around in the limelight. The guys who can keep it together and maintain that prophetic edge like Rich Mullins or Keith Green are rare. Far more common is the Elvis Presley or Michael Jackson syndrome.
When Cornelius the centurion saw Peter, he wanted to treat him like a superstar. Peter would have none of it, saying, “I am only a man myself.”* When Paul healed a crippled man, the crowds went into superstar-adulation-mode saying, “The gods have come down to us in human form.” Paul and Barnabas appropriately responded to their anthropomorphism, We are merely human beings–just like you!“*
For some people, reading People magazine or watching American Idol is a sin. It reinforces their tendency to elevate regular, ordinary human beings to superstar status. It idolizes them, lifting them up to a place of reverence where God belongs.
I’m continually wary of this tendency in humans. As the director of a growing ministry, I sometimes face this temptation to dabble with the limelight. I’ve seen it take out so many ministry leaders and want nothing of it – I avoid the public eye as much as possible. It feels unnatural to me; we don’t need any more superstars. We have too many already. We love to raise them to unsustainable heights and then, we love to see them fall. It’s a peculiarly American phenomenon – one which we’ve all participated in and need to repent of.
Who have you elevated to superstar status? Maybe a celebrity or maybe your own pastor. They’re bound to disappoint you. Isn’t it about time you cut them a break?
*Acts 10:26
**Acts 14:15