Phillip Yancey coined the term “ungrace” in his book What’s So Amazing About Grace. It’s the response of unforgiveness, judgment, and combativeness. Bad stuff happens to us. How we respond is up to us, but ungrace is our natural reaction. 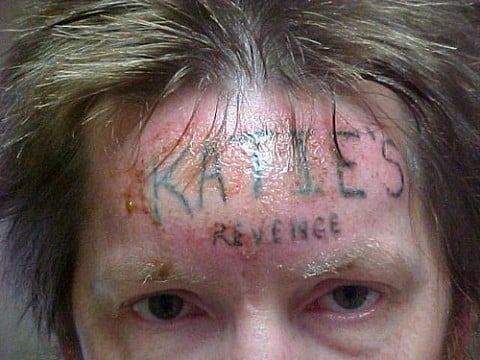 Think about the most evil things you’ve heard about:
When you hear about such evil, what do you want to do? Katie was a 10-year-old girl who was raped and killed. Her killer was thrown into prison for life. There is an unwritten code in jail that child molesters “get what’s coming to them” in prison. So the inmates grabbed Katie’s killer and tattooed “Katie’s Revenge” on his forehead.
Justice or ungrace?
To be honest, there is a part of me that wants to cheer those inmates on. “The dude had it coming to him,” I think.
There’s a little Dirty Harry in all of us. True confession: I like watching revenge fliks. I want to see the bad guys get what’s coming to them. I like justice for others, but want grace for myself.

Yancey describes our world as being “choked with the fumes of ungrace.” But, he adds, “occasionally a grace note sounds, high, lilting, ethereal, to interrupt the monotonous background growl of ungrace.”

Grace forgives the unforgiveable, loves the unloveable, and touches the untouchable. It’s a moral scandal.
Maybe that’s why Jesus’ revolution got him killed.*  The purveyors of ungrace in his day couldn’t stand the threat to their systems of justice.
Look at your life – is it more characterized by grace or ungrace? What would be tatooed on your forehead? If we want grace, we need to commit ourselves to dispensing it. Some of us need to repent of our ungrace and get on with the business of Jesus’ revolution.
*Remind yourself of just how radical Jesus was by rereading his first
recorded public words in Matthew 5. Measure your own life against those words and ask him if you need to repent of ungrace.