Update on the Awakening

It’s past midnight here in Brasov, Romania. I’d hoped that one of our racers would write an update that I’d be able to cut and past for you, but it appears we’ve got them so busy doing the stuff, there’s no time for that. So here’s me giving you a quick summary.   The setting Brasov is …
By Seth Barnes
24 September 2009, 12:09 am
By Seth Barnes
24 September 2009, 12:09 am 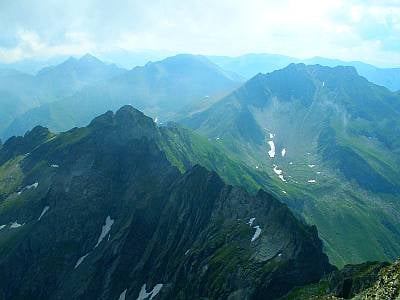 It’s past midnight here in Brasov, Romania. I’d hoped that one of our racers would write an update that I’d be able to cut and past for you, but it appears we’ve got them so busy doing the stuff, there’s no time for that. So here’s me giving you a quick summary.
The setting
Brasov is a beautiful old town with medieval roots three hours from Bucharest. You take the road or the train through a spectacular Carpathian mountain valley to get here. The racers have set up their tents in a camp on the outskirts while the coaches and the rest of us stay at the Atlas Hotel, site of our daily meetings. The weather has been perfect. In the afternoons we go into the old city and sit at cafes with large umbrellas on the cobblestone streets. You could travel the world and not find a nicer place for a conversation. 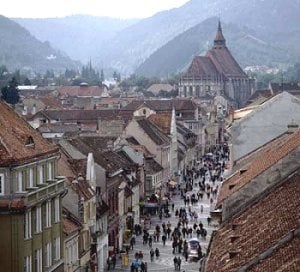 The people
Racers from four different squads, plus a number of alumni and staff are here – 220 in all. Some are two months into their experience and some are a couple of months from finishing. The atmosphere is electric – they connect with one another on so many different levels. They’ve discovered their tribe and are loving it.
Our daily schedule
We meet in a room downstairs just big enough to hold us all seated on the floor. Kim Daniels, Chris Telfer, and Matt Snyder lead us in a worship service for about an hour and a half. Then we break up into teaching times in 3-4 venues (I’ve got one). The racers are eager. They ask good questions and dive into the subject matter.
Afternoons are filled with debriefs. We have an evening service and Andrew Shearman has been preaching his signature message, “The 42nd Generation.” After the service, we minister.
Tonight, the place was up for grabs. Ministry was happening all over the place. The Holy Spirit was landing on people and they lit up like fireworks. It was one of those rare times.
After it was done, the racers headed to the old city for a night of connecting, singing karaoke and story telling. They are having a blast.
Bottom line
What we’re experiencing here is combustible. Every morning I teach on “kingdom dreams” and the stuff that comes out of these young people is amazing. I left a country that seems stuck in a rut of negativism. The deficit situation, the health care mess, and the rising unemployment rate conspire to give you a bad day. Out here the racers own very little, but they are anything but poor. They are experiencing the reality of the abundant life that Jesus promised. It’s pumped me up just being around them. God is up to something and it’s a thrill to have a part in it.
For those of you who have been praying, thank you! I wish you could be here with us. It felt unreal tonight. Young people are coming alive in so many different ways. We’re truly seeing the kingdom come.