We all have disabilities 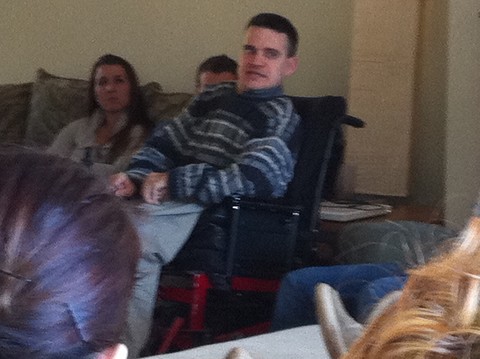 We had a guest speaker at at the Lakehouse church Sunday – Randy Owens. He spoke haltingly, but told his story with courage.
“When I was 2, I was in a car accident. I was badly injured and died twice in the hospital. I was in a coma and am confined to a wheelchair for life. But, I’m glad that this happened to me. It wasn’t an accident, but an incident.”
Wow. Here was a young man who had lived down the street from us. His brother Todd had been buddies with Seth Jr. And Marty, his mom, had started Heritage Academy with Karen. He had our attention.
“I never pitied myself. I never thought, ‘I’ll never be able to play basketball.’ I was lonely in school because people didn’t know how to relate to me, but I kept living day by day.”
“God put it on my heart to get in touch with the man who hit me. We got together and I forgave him. He’d been having nightmares about the accident ever since it happened.”
Randy went on to explain how he was on the board of a local ministry, but said, “I don’t know what I’m doing, I just nod my head.” He had a wry sense of humor like that. 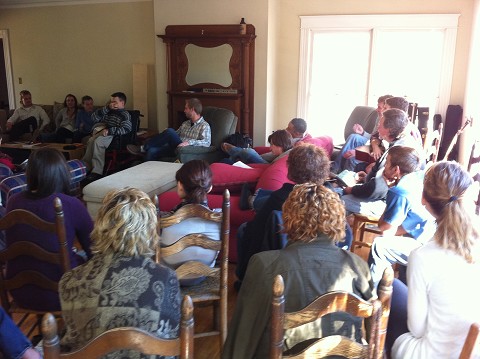 He told a story about how they ministered to other special needs people, including those who’ve been abandoned by their families. And he said something that I’ve been thinking about ever since:
“I realized that we all have disabilities.”
We all have disabilities. I can be critical and selfish. It’s not as obvious as a wheelchair, but sometimes it can really slow me down. Growing up, it was a real problem. By pointing out that his disability is the same as yours or mine – more obvious maybe, but basically the same – Randy gave us all a gift.
What about you – what is your disability?