We all need spiritual adventures 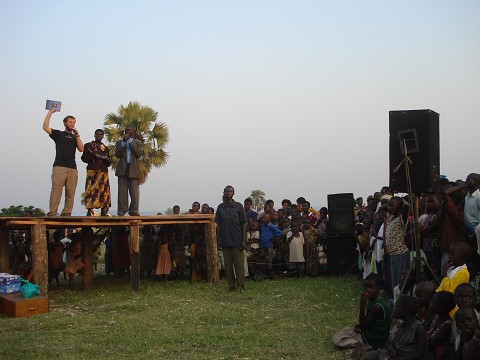 The people of Africa are hungry for the Lord. They want to hear you
speak about the Lord…even if they are not Christians. They want to
hear you preach. They want to see you dance!! The children are looking
for any and every opportunity to go crazy. I don’t like dancing…but
I’ll dance with African children anytime!

This last week I took a break from dancing to pray for a demon-possessed woman. There were a number of pastors praying for her
as she crawled and flailed her arms all over the dance floor.
She would
crawl through the dirt to new places and send the children
scattering. I would follow her wherever she went to be close to her and
pray for her. Everything was fine until, in the middle of one of my
prayers, she crawled straight at me with her arms going wild and punched
me in the groin. What?!?! Are you kidding me? Did I just get punched by
a woman on accident or did I just get sucker punched by a demon?!?! If
it’s the former, no big 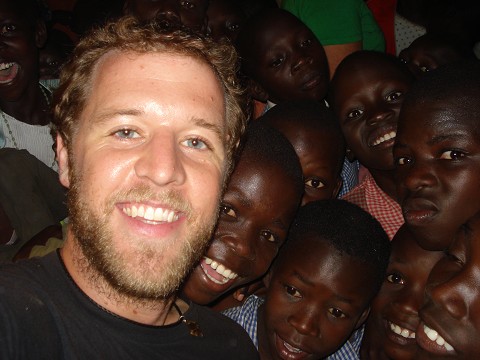 deal. If it’s the latter, I’m furious!! I said
one final prayer for her and went back to dancing with the children
Muslim changes his name
One other story. It’s about a 50 year old man named Mohammed who lived in
one of the fishing villages. He had been a Muslim for 45 years and
followed a local cult, where the leader believed that he was God, for
the last 5 years.
I was able to share the gospel with him and hold his
hands as he prayed to give his life to Christ. We were even able to
supply him with a Bible before we left. It was such a beautiful
moment.

After praying, he told me he wanted to change his name. The
local Christians who were with me told him that he didn’t need to do
that. He could just keep his Muslim name but know in his heart that he
was different. He quickly pushed back. He knew he was a new creation in
Christ, and as a new creation, he wanted a new name. Amen,
Mohammed. Amen!!