We’ve arrived in India this morning (24 hours on 3 planes). It’s been ten years since my first visit. I remember the train into Bombay. We passed the most fetid slums imaginable for nearly an hour straight. I thought the shanties lining the tracks would never end. People everywhere.   My …
By Seth Barnes
03 January 2011, 12:01 am
By Seth Barnes
03 January 2011, 12:01 am 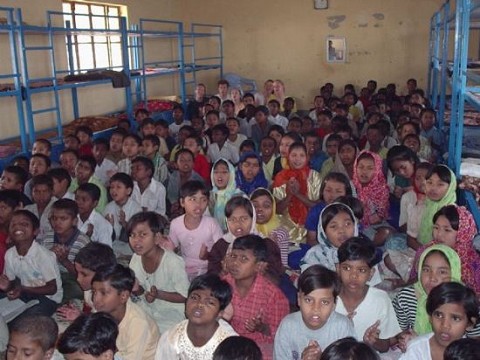 We’ve arrived in India this morning (24 hours on 3 planes). It’s been ten years since my first visit. I remember the train into Bombay. We passed the most fetid slums imaginable for nearly an hour straight. I thought the shanties lining the tracks would never end. People everywhere.
My first memory was of the driving. It’s like living in a video game: motorcycles, rickshaws, cars, camels, sacred cows, people, and elephants all appear suddenly in your field of view and must be avoided by the driver at the last second.

While waiting for the train one night, we were impressed by how many people just slept in the train station. There were bodies laying down everywhere! In the space of 15 minutes, we soon had a ring of about 50 men surrounding us just because they were curious and we were white.

The Hindu faith blankets the country and is as oppressive as the heat. Figurines of gods, temples, the herds of cows wandering urban streets. That said, we found the average Hindu to be respectful and curious. The main impediment to the spread of the gospel is a social one. The word “out-caste” takes on a new meaning when one considers the social penalties awaiting new believers.

India’s need is so huge it’s hard to fathom. With over a billion people, its material and spiritual poverty seem boundless. When Jesus looked out over Jerusalem and had compassion for the people, it must have felt like it feels to look out over the great hollow eyed, huddled masses in Hyderabad or Bombay.