What did Jesus mean when he talked about the kingdom? (part 2)

I’m still down here in Vero Beach speaking to the people at COI about things like, “what is discipleship?” and “what did Jesus mean when he talked about the kingdom?”  Next is a trip to Indiana to see my son Seth graduate.  So here are a few more thoughts on the kingdom: If the peopl…
By Seth Barnes
18 May 2007, 12:05 am
By Seth Barnes
18 May 2007, 12:05 am

I’m still down here in Vero Beach speaking to the people at COI about things like, “what is discipleship?” and “what did Jesus mean when he talked about the kingdom?”  Next is a trip to Indiana to see my son Seth graduate.  So here are a few more thoughts on the kingdom:

If the people of Jesus’ day struggled with this concept of
the kingdom, then we continue to struggle today. A typical misunderstanding we humans make is
that we can find ourselves equating the local church with the kingdom of God. 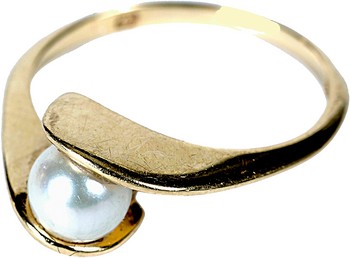 So, we can sometimes take this great overarching concept whose value in
personal terms is like a treasure, or a pearl, a kingdom that has the pervasive
impact of yeast, one that starts small and insignificant like a seed, yet which
keeps growing until it is a tree; we can take this amazing spiritual reality and anthropomorphize
it, reducing this big buffet of a concept down to a thin gruel.

Sometimes pastors in churches I’ve attended have used the
Old Testament concept of the “storehouse” to explain the ten percent tithe,
like it’s a system, (in the worst cases, a system primarily for paying pastoral
salaries). But the only “system” we’re
given in the New Testament is the example of the believers in Acts 2:44-45
where “they sold their possessions and goods and gave to anyone as he had
need.” They inaugurated a new covenant
where the priesthood included every believer.

Jesus takes the storehouse concept and stands it on its
head, saying that pastor-teachers who have been taught about the kingdom of heaven are
like owners of a house who bring out of their storehouse new treasures as well
as old. (Matt. 13:52)

Every now and then you’ll see a group of believers
experiment with this spiritual dynamite.
Joe Smith of Valdosta,
Georgia,
started a fellowship where the members do this.
There’s no one pastor and no 10% tithe.
But every time they see a need, the believers pool their funds and meet
it.

Jesus was a radical.
His gospel was a radical one. His
followers were radical. Being a kingdom
“Christian” is a radical business – we look foolish to the world.