What is Christian art? 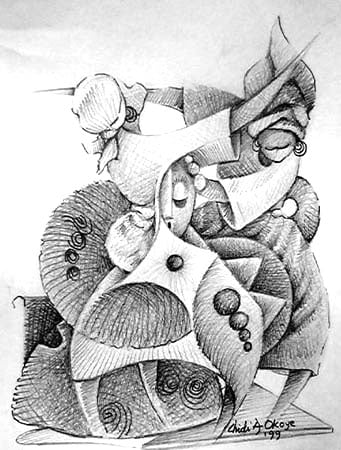 God is a creator and he made us in his image, as creators. We need to exercise that privilege more.  I just googled “Christian art.”   A modern pencil drawing, “Joyful Spirit,” (at right) caught my eye.

Many of the rest were sentimental prints, like “Heaven’s Loss,”  by Ron DiCianni, that sold for a hundred bucks or less.  Is that art?  And if so, what makes it Christian?  What is Christian art?

Is the word “Christian” a demographic qualifier as in “America is a Christian nation?” Is a Christian someone who asks Jesus into their heart?  The Bible says that “Everyone who loves has been born of God and knows God.” (1 John 4:7) Does this mean literally everyone who loves or are we talking about a certain kind of love?

And what is art? Is it enough to be creative (as in you create something new), or must imagination be an essential ingredient? We speak of “arts and crafts” in school, implying that crafts are not art, that they can be mass produced, like a Thomas Kinkade print (below).

Who gets to decide what art is? 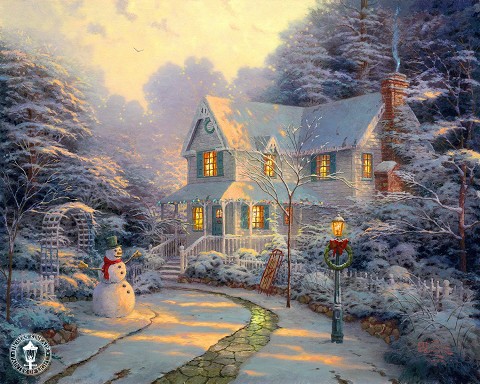 The real question then might be not “What is Christian art?” but “How does a Christian glorify the greatest Artist of all time, the Creator of the heavens and the earth?”  How do Christians make art that is worthy of him? Or, how will God bring glory to His name through me?

Madeline L’Engel said, “There is nothing so secular that it cannot be sacred, and that it is one of the deepest messages of the incarnation.”  Maybe in a world that scorns Christian art, it is time for artists to be incarnationally secular.

Of course if God hadn’t invented the incarnation, many Christians would have found the act blasphemous (and in fact, many theologians have).

Religious bureaucrats from Jesus’ time until our own have sought to dumb down and define the sacred and become gatekeepers for it. They have commissioned religious art, decreeing it sacred simply because its subject matter is biblically derived. Thus a Hieronymus Bosch painting is considered a sacred work of art whereas a modern artist rendering the same subject matter may be seen as secular. 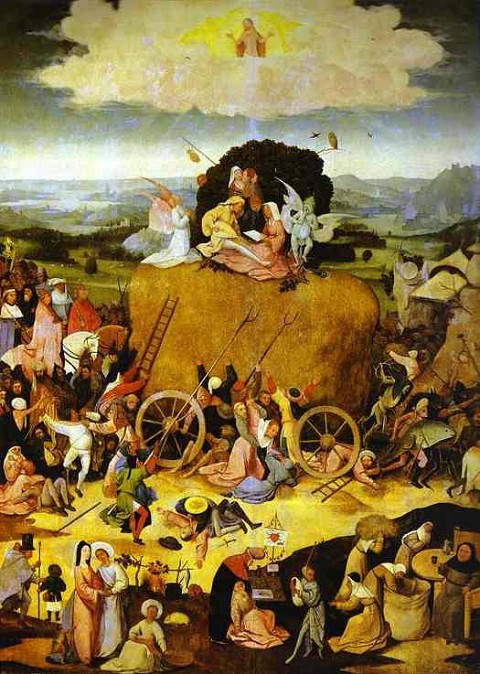 So many musical artists are avowed Christians that they have their own genre: Bach, Handel, the members of Switchfoot.  But then there are musicians like Bono and Sufjan Stevens in the secular music field who happen to be Christians.

Some of our greatest sacred music appropriates the melodies of street songs for religious purposes. Luther, finding beer drinking itself to be a spiritual experience, discovered the musical theme for “A Mighty Fortress is our God” in a local beer hall.

When art is most obviously sacred – Michelangelo’s David, or the Sistine Chapel, or Handel’s Messiah – the very act of creation is a kind of incarnation, a physical expression of the divine, where the artist doesn’t so much create as he does partner with God in the act of creation. Mozart composed his first works at age five. I think he was channeling some kind of divine muse.

And insofar as God has endowed all of us with imaginations and a yearning to create, a legion of Christian’s artists is out there waiting to be awakened. Maybe you’re one.