What parents are up against

Having raised five of my own kids (15 to 22 years old) and having a ministry that focuses on discipleship, I have seen firsthand that parents are the key, and particularly dads. Focus on the Family helped a lot in the early years. My wife would listen to Dobson and it made such a differe…
By Seth Barnes
31 December 2005, 12:12 am
By Seth Barnes
31 December 2005, 12:12 am

Having raised five of my own kids (15 to 22 years old) and having a ministry that focuses on discipleship, I have seen firsthand that parents are the key, and particularly dads. 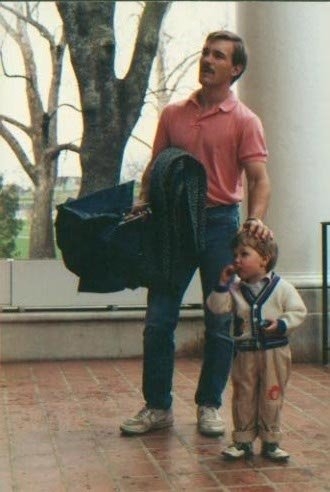 Focus on the Family helped a lot in the early years. My wife would listen to Dobson and it made such a difference. But after age 10, we were on our own, and we almost lost them in the sense that there was a tug of war between us and the world for their hearts. At that stage in their lives, the struggle became an all-out fight.

What I’ve seen from my AIM CEO chair is that we are losing the battle for our children at a very rapid rate. Most Christian parents have no clue how to disciple their kids. Kids in Christian homes are the moral equivalent of kids in nonChristian homes.

AIM takes the top 5% of Christian kids on our mission trips. Last summer, we estimate that 25% of them were sexually active in the month prior to coming with us. 25% of the girls had eating disorders. There was a lesbian relationship on a project.

I’m telling you, the moral levees are down in our society, and the filth is pouring into our children’s lives. We are having to spend inordinate time “cleaning them up,” that is, prying their fingers off the baggage their carrying, rather than preparing them to minister.

I’m losing faith that we can engage in anything more than a remnant strategy. If you’re a parent of a 15 year-old and you haven’t been discipling them, then I don’t have an answer for you; in most cases it’s too late. Maybe you can love them to the point where they will trust your advice. If so, don’t hold back – the situation is more urgent than you realize. I don’t want to be melodramatic, but I also don’t want to minimize what I’m seeing out there.

There is no silver bullet here, but if I were to have one message to Christian families it would be that the fathers have to engage and be intentional in discipling their kids. It’s the most important stewardship they have. They need daily Bible studies, they need to minister with them regularly. They need to counsel with them and love them.