What was he thinking?

John Frank Dieguez wrote this post from South Africa. Sitting in the pew behind Weolthu I think about the conversation I witnessed minutes ago between him and his pastor.   I fold my arms over the long backrest and ask the worship leader of the Cookhouse Church of Christ, &qu…
By Seth Barnes
06 September 2012, 12:09 am
By Seth Barnes
06 September 2012, 12:09 am

Sitting in the pew behind Weolthu I think about the conversation I witnessed minutes ago between him and his pastor.

I fold my arms over the long backrest and ask the worship leader of the Cookhouse Church of Christ, "What are you thinking right now?" 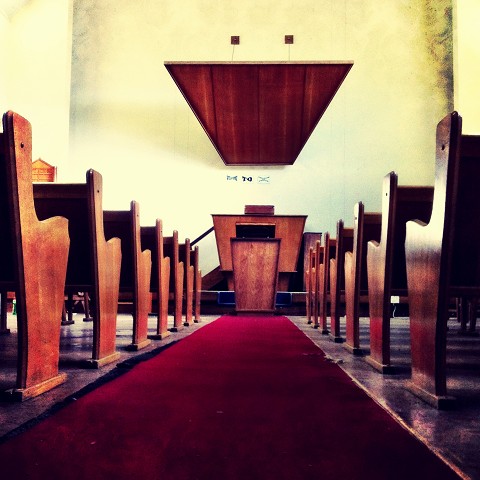 Weolthu slouches, with his head tucked down between his shoulders, as he looks away from where his pastor sat.  I'm given the idea that he may have a variety of thoughts circulating his mind.

Leaning in, I'm waiting for the fourteen-year-old's reply. Seconds pass and he doesn't say a word. Thinking he didn't hear me, I ask again.

"What are you thinking right now?"

The only audible sounds are the steps of the children running around the church platform.

I hear the wood creaking beneath the worn and faded blue carpet.

The acoustics magnify the sound.

I decide to wait.

Compared to the church in which the two of us find ourselves, the community of Cookhouse is relatively the same.


The reality in which I find myself is a far cry from the expectations I had coming into this, the seventh month on the World Race.

Composed of five streets, Cookhouse is arranged fairly simply; however, the problems that reside in this community are vastly more complicated.

Our neighbor, Police Officer Shawn elaborated on the condition of this town.

"Some of the things you see make you think this is not a small town. "

"One of my first calls was a homicide. An eleven-year-old girl was raped by her nineteen-year-old HIV infected brother. She was then tossed in front of a train, and her body ended up in pieces."

Weolthu is one of the two boys in my small group.

Within twenty minutes of our first conversation, I learned about his broken home life, the mockery that he goes through, his dreams and lastly, his struggle with a sin which I am one of four people to know.

After nine days of praying, conversing and encouraging him not to run, not to hide… Weolthu took a step of faith and let his pastor know that he is struggling with homosexuality.

The gesture that Weolthu extended was reciprocated by Pastor Patrick's fatherly response.

"I'm your pastor, I'm like a father to you, and I will be here and pray with you and help you fight this battle."

The blanket of grace and understanding needs to be wrapped around the Weolthus of this world.

They need to know that they are loved, comforted and will be cared for by the bride of Christ.

They need to know that God looks past it all, forgives, accepts, and wants us.

In the silence that spanned nearly 10 minutes, Weolthu finally begins looking up. I lean and listen.

Carefully, he asks, "What kind of man will be I be in the future?"

I reply, "You could be whoever you want to be, but as far as I'm concerned, you should be you. Whatever happened before doesn't have to happen again. God has given you the freedom to choose. Keep choosing to trust."