I’m at a Barnes family reunion in New Mexico. Last night at the supper table, someone brought up the topic of difficult journeys that we’ve taken.   My sister Liz told the story of when she’d been dating her husband Dave and he drove her an hour to the airport with three hours to go. Unfo…
By Seth Barnes
04 August 2011, 12:08 am
By Seth Barnes
04 August 2011, 12:08 am 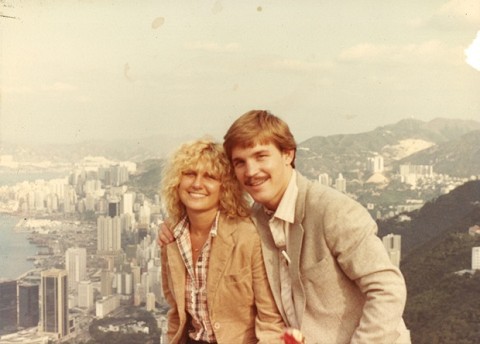 I’m at a Barnes family reunion in New Mexico. Last night at the supper table, someone brought up the topic of difficult journeys that we’ve taken.
My sister Liz told the story of when she’d been dating her husband Dave and he drove her an hour to the airport with three hours to go. Unfortunately, his old car began to overheat immediately. They’d drive six miles and he’d have to pull over and gingerly take the cap off the radiator and jump back. Scalding water would fly everywhere. He’d fill the radiator with water. Seven hours later, they arrived at the airport.
People at the table looked at me and said, “What about you? What was your worst?”
I’ve had a few. But the one that stands out was the bus trip that Karen and I took from Bali to Jakarta in 1981. It was supposed to be one speedy long-haul bus the whole way. We took the ferry to the island of Java and got on board. But it was not the fast kind we’d been promised. Instead, it was the kind where a guy hangs out of the bus and then the bus slows to a crawl as he cajoles every random person trudging alongside the road to get in the bus.
Periodically, people carrying small, stinky farm animals would get on the bus and sit next to us. The seats were plastic and built for very small butts. We rolled from village to village dropping off farmers and picking new ones up until after a few hours someone announced that we had arrived somewhere final and that now we had to get on a new bus.
Karen and I were beginning to feel grimly resigned to whatever was next. We got on another bus that was supposed to go all the way to Jakarta. But whoever told us that was lying. Eventually it too came to the end of the line and we waited for the next bus.
All told, we had to catch 13 different buses over the course of 36 hours. Toward the end, Karen and I were so tired, we became slap-happy. We began making jokes about never arriving in Jakarta. About six hours from our destination, a man with a rooster under his arm climbed on board and sat between Karen and I in the back. He began to quietly talk to the rooster as though it were a person.
We barely stifled our laughter until the man stopped and fell asleep on Karen’s shoulder at which point we couldn’t contain it and laughed until tears came down our faces.
Then that bus had a flat tire and, without a spare, we all had to stand beside the road and flag down another bus. The one that stopped had no seats available, so they put Karen and I in the windshield. The driver was a crazy man. Pedal-to-the-metal, he continually pulled out to pass and then played chicken with oncoming vehicles. It was Mr. Toad’s Wild Ride.
Finally we rolled into the Jakarta bus station. I think somewhere along the way, Karen, who had never been out of the country before marrying me a few months earlier, thought to herself, “What have I done with my life?”
OK, there’s mine. What’s your worst journey? (If you’ve got a blog post about it, please give us the link)