When are you ready to think about marriage?

I remember as a senior in college being greatly perplexed by the issue of marriage and its timing. Although I was head over heels in love with Karen, I spent three months in Thailand and, upon returning home, began making plans to spend the summer in Europe. Her response: “Go ahead and go, but I …
By Seth Barnes
11 November 2009, 12:11 am
By Seth Barnes
11 November 2009, 12:11 am 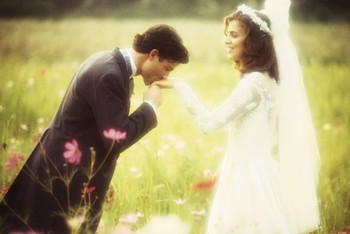 I remember as a senior in college being greatly perplexed by the issue of marriage and its timing. Although I was head over heels in love with Karen, I spent three months in Thailand and, upon returning home, began making plans to spend the summer in Europe. Her response: “Go ahead and go, but I can’t promise I’ll be around when you return.”
Within a month, I’d asked her to marry me. As much as I enjoyed my freedom, I couldn’t risk losing her.
Things seem to have changed a lot in the way people think about marriage since then. Eph. 5:25 is the operative passage that perhaps has intimidated some into a prolonged bachelorhood: “Husbands, love your wives, just as Christ loved the church.”
A young man who I respect wrote me this week asking for advice: “My mom told me that I should be in pursuit of a woman at my age (I am 25).  I haven’t dated anyone since freshman year of college. Sure maybe I am old enough, but I don’t feel like am.  I asked my friend about this question and she said, “Until you are ready to completely lose your life to a girl – what’s the point?”
I wrote him back, telling him how unprepared I was for marriage. At 23, what I didn’t know about women was a lot. I was selfish and pretty insensitive. But looking back, I have to ask, “When was I ever going to learn to put someone else’s interests before my own? How else was I going to learn sensitivity?”
The one thing I had going for me was that I was hopelessly in love with Karen and I meant what I said about “till death do us part.” Divorce was never a consideration for me. And by giving her my heart, I gave her veto power over a lot of things in my life. Those commitments set in motion a process that gradually turned me into the man of God that she deserved.
There have been many tests along the way. At various times, the feelings for each other may have ebbed to the point where we wondered what in the world we were ever thinking when we made those vows. But the foundation of our commitment 29  years ago has always stood strong.
So, when are you ready to get married? Maybe when you’re prepared to commit to putting another person’s needs before your own. When you’re prepared to commit to becoming the man or woman that they need to realize their dreams. Not when you’ve arrived, but when you’re committed to not look back and to press onward together.
Marriage has been one of the two best things I ever did. My life is so much richer than if I’d stayed single. As a single guy, my habit pattern would be to put my own needs first. More people (guys especially) need to realize that they are probably as ready as they’re ever going to be to think about marriage right now.