When chaos attacks, fight back!

Karen and I just returned home from a week away. Upon entering our home, we discovered it in a state of chaos: While we were away, the water filter people installed a softener that proceeded to leak all over the basement floor. So now in addition to a mess downstairs, the water in the whole h…
By Seth Barnes
04 April 2007, 12:04 am
By Seth Barnes
04 April 2007, 12:04 am

Karen and I just returned home from a week away. Upon entering our home, we discovered it in a
state of chaos:

While we were away, the water filter people installed a
softener that proceeded to leak all over the basement floor. So now in addition to a mess downstairs, the
water in the whole house is turned off.
If we want to “go to the bathroom,” we go out into the woods (how do you
“go to the bathroom” in the woods? There are no bathrooms out there!).
Showers are problematical and Whimsy just rolled in something stinky
outside. He needs a bath worse than we do – ugh! 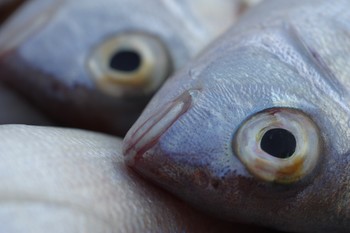 Meanwhile, spring has come, so
the grass needs mowing. But after a
winter in the garage, the mower needs to be fixed. On another front, we have a new hobby – an aquarium. But the fish got some sort of parasite and
are upside down in the tank.

Simultaneously, we have been switching the phones over to Vonage, which
is cheaper and more wonderful than BellSouth, but needs an internet
provider. Comcast was our only choice
and they came by and declared, “We can’t run our lines this far out.” Also simultaneously, we are starting a
training camp and a series of guests are arriving to our delightful
disaster-house, so our stress-levels are rising.

In the grand scheme of things, God’s charge to Adam is his
charge to us and we who are created in his image need to implement his strategy. God gave Adam five tasks in Gen. 1:28:

God created Adam as an order-bringer. God established a pattern for bringing order
right off the bat (Gen. 1:2) by “hovering over the chaos.” Just as God brought order to the chaos, just
as he charged Adam with the task of bringing order, so we are to hover over the
chaos in our lives, exercising our God-delegated authority to bring order. It is evil’s strategy to defy authority and
increase chaos, and our job as men and women created in God’s image is to come
against evil, to “let it feel the weight of our presence.”

So, while Karen and I were away, entropy fought back and evil
contested our delegated authority.

Now some of you are probably saying, “That’s just
life.” My reply to that is that you have
probably embraced a rationalistic, Western world-view that has blinded you to
spiritual reality. If you were to have
grown up in Africa, for instance, you would
have a healthy respect for the every-day reality of evil; you would not be so
quick to discount its role in your life.
As an African Jesus-follower, you would take seriously the authority he
delegated you (in Matt. 10:1 and Matt. 28:18) to confront evil by driving out
demons and healing sick people.

Look at your life; can you see the areas where evil is
contesting your authority? Look at the
way chaos has infiltrated your family.
Look at the bad habits you fight.
Look at the compromises you are tempted to make – all are evidence of a
titanic battle being waged at every level for control of the earth.

Our task is to wake up to the reality of this battle and our
role in it. The majority of American
Christians are numb to this reality and feel impotent in the fight against
chaos. They complain about circumstances
as though they had no delegated authority and were selected for special
suffering by evil.

The truth is, everyone is caught up in a ragged battle for
control of this world. Our struggle is
against the powers of this dark world and against the spiritual forces of evil
in the heavenly realms.” (Eph. 6:12)

Our posture in this conflict is to be offensive – to be an
affront to evil, to take back territory that it has expropriated from our Lord
and master. In short, we have been
delegated the job of taking dominion.
God’s word to man hasn’t changed since the days of Adam.

In my own corner of the world, we are fighting chaos one
problem at a time. The water filter guys
should be showing up at our house any minute now.