I was on a morning run in Swaziland in 2007. I have a practice of praying as I run. And sometimes I hear what I sense is the voice of God whispering. Sometimes his voice is so clear and compelling that it is unmistakable, but often it is just a whisper. Why does he do this? My best guess i…
By Seth Barnes
18 November 2021, 12:11 am
By Seth Barnes
18 November 2021, 12:11 am 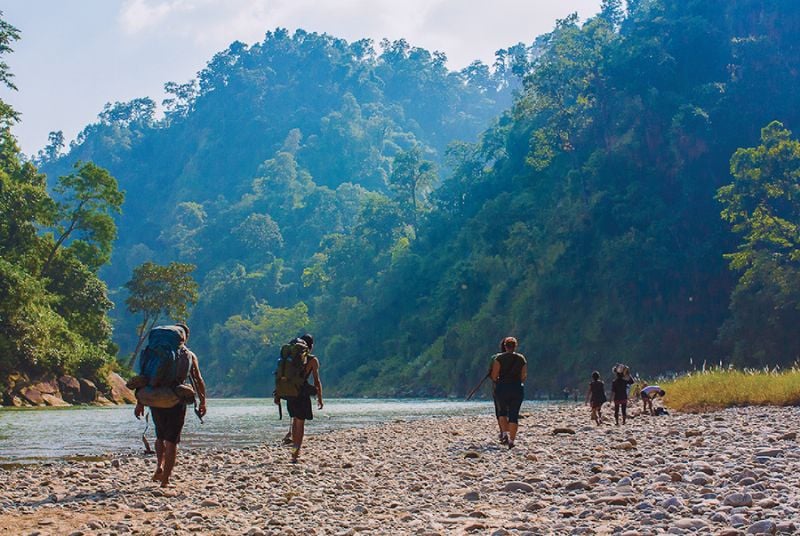 I was on a morning run in Swaziland in 2007. I have a practice of praying as I run. And sometimes I hear what I sense is the voice of God whispering. Sometimes his voice is so clear and compelling that it is unmistakable, but often it is just a whisper.

Why does he do this? My best guess is that he wants us to fully inhabit our lives. He wants us to walk in freedom, pausing when we need to talk to him about tough decisions. He doesn’t want us functioning as automatons, but to live as his sons and daughters. At the same time, he tells us to ask for wisdom and he wants to share his dreams.

The World Race was a dream God shared with my friend Anna Marie Franken before he shared it with me in 2004. She told me about her idea of taking people around the world in a year when we worked together in Swaziland. I dismissed it initially – “too much of a sightseeing thing,” I said.

But when I met Anna Marie in the Capetown airport a year later and we talked about it, the idea exploded in my spirit. I had this incredible sense of possibility around it and a sense that I had to do that dream right away. In fact, I began working on it as soon as I got home.

And on that morning run in what is now called Eswatini, talking to him about that dream, I heard his voice whispering to me, “Scale this for a movement.”

Or I could have asked, “How do I scale this one-year journey with 50 people to something that many others can join?” Or, “What does the word “scale” mean in scope and speed?”

But I’m an action-forward guy. I didn’t ask those questions. I had what I figured were marching orders. I interpreted “scale this for a movement” as “grow it big and grow it fast!”

And we did. We added staff. We recruited alumni to come work with us. We organized and we built infrastructure. We built a risk management team. We added more staff. And eventually, it caught up with us.

At first, the World Race felt like a movement as young people were thrust into situations where they needed God. We were trying to model Jesus’s approach in Matthew 10 where he sends his disciples out to minister on their own.

Right off the bat, we trusted our first three teams in 2006 to lean into God’s provision to go around the world in a year.

We gave them each $3000 and said, “Go from Brownsville, TX all the way to Palenque, Mexico where you’ll meet your contact and do ministry for a month.”

And, off they went! They each bought a used van and drove it south. It was the early days of blogging. Jessica Sisson and Kim Kinsley were a couple of the racers who described the journey. In so doing, they took us, their readers, along with them.

I remember Kim’s report from the village of Teapa. Torrential rains flooded the village. But that didn’t stop Kim and Jessica – the next morning, they were able to borrow kid’s bikes to get around. 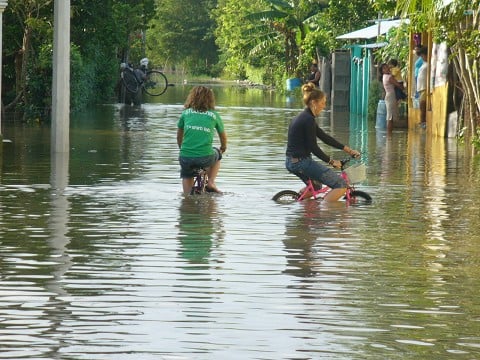 It was so unexpected. So oddly thrilling to watch them at a distance encountering obstacles that required that they lean into God in new ways. And as we read their stories, we were transported along with them to a place where God was enough no matter what happened.

But 14 years later, as I reflect on scaling for a movement, I see that God was not saying “grow it big and grow it fast!” He had something else in mind.

As I look at Jesus’s process with his disciples, it was actually a slow, small start. Three years with just 12 people. Lots of failure. In the end as Jesus was dying on the cross, his disciples had abandoned him – he had apparently failed to establish the kingdom. It just took them a long time to begin to see what Jesus had in mind and change their behavior.

And so, it’s taken time, but I’ve learned a few things. And I’m not done. I’m leaning into what God is doing that may yet become a movement. For example, in 2006, the Lord spoke to me about helping women to find a safe place where they could share about the abuse and shame they’d experienced and hidden.

It became a ministry called “Beauty For Ashes.” It is small, but it has such an impact on participants. All I can do is be a cheerleader and watch the women lead. It is growing and its leaders are patient and take the time to go at God’s pace. Maybe that’s the movement that God wants to scale.

In the meantime, we’ve been retooling the World Race. There’s a program for Gap Year students. We focus on sustainability and local relationships. It too profoundly touches the lives of its participants.

We’re committed to learning from past mistakes. Maybe that’s what God had in mind all along.

He knows me. He built me to move fast. Maybe he knew that we’d fall down, dust ourselves off, and get back up. Maybe this was part of his notion of “scaling” all along.

I don’t know – I’m getting to be an old man now. I’ve not arrived and I’m still leaning in and listening. I hear him saying, “you’re not done.” Maybe that’s enough.

Misha just walked into my room. She’s been on the WR and is here for CGA now. She didn’…