When the Corona Virus Takes a Loved One

As reported by Michelle Gunnin Bill is an RN and he was not feeling well. High fever. Cough. Over the course of the next two weeks, each update became more concerning.  And even though his first Covid tests came back negative, it was obvious he had the disease.  His lungs filled, an…
By Seth Barnes
17 April 2020, 12:04 am
By Seth Barnes
17 April 2020, 12:04 am 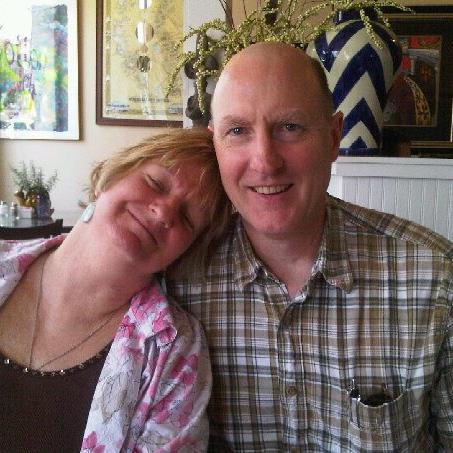 As reported by Michelle Gunnin

Bill is an RN and he was not feeling well. High fever. Cough. Over the course of the next two weeks, each update became more concerning.  And even though his first Covid tests came back negative, it was obvious he had the disease.

His lungs filled, and his medical team was taking each step needed to keep him alive. Before long, the ventilator was working overtime to try to keep him breathing, and the prayer warriors were working just as hard.

His wife, Terry, was full of faith, but stuck at home watching from a distance.  The ride was a rollercoaster.  Good report.  Bad report.  Back and forth the news would go, but as things progressed each day, the disease gained ground, creating a critical situation in a very short time. Yesterday, Terry reported:

When I spoke to Bill via FaceTime, although he was in a semi-coma. I told him that I desperately wanted him to come home to me. But I also could see how very, very tired he looked, even in a semi-coma. So, I told him to REST in the Lord and to let the Lord carry Him. He would either carry him home to me or carry him home to heaven. And we would wait to see which way he decided.

I cannot imagine. The pain of these words, spoken over the phone, tears at my soul. How utterly devastating.  But what faith.  To trust so completely. To know that sometimes even prayers of hundreds of warriors do not change the course.  To open her hands to the outcome, no matter what it was, even from a distance. All the pain of her story, brought her to this place.  All the years of hardship, taught her how to speak those words.  And then this.

Last night as he lay dying, they allowed me again to FaceTime with him and speak to him while he quietly and peacefully slipped away. A Precious, precious gift to me! And I hope to him. I hope he heard my voice and it brought him comfort.

And with that, the 2-week battle was over. What a twist of life.  What an unexpected sorrow. If that were not enough, now my friend is making arrangements in the midst of a pandemic that took her husband from her.

How do you even do that if you cannot gather with family?  No hugs.  No touch.  No comforting. Only words spoken.