When your spirit awakens 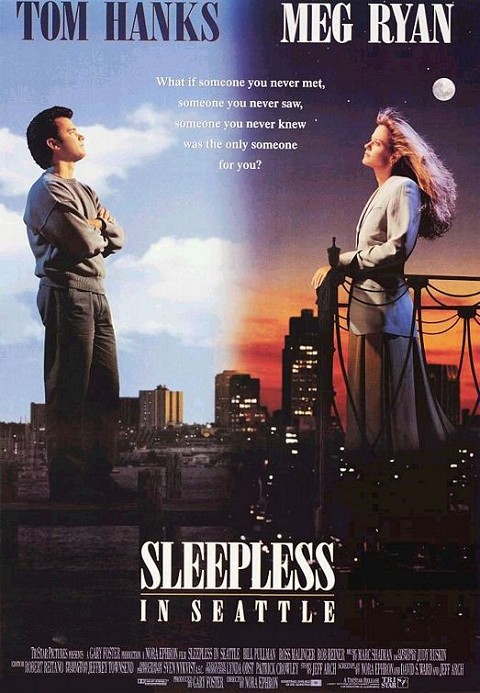 After Karen went to sleep a few nights ago, I kept on watching Sleepless In
Seattle.  We’d started it at
about 10:20 and I figured going into it that she’d be zonked by the time Meg
Ryan gets on the plane to
to try and meet Tom Hanks.  Karen went up
to bed, but I wanted to see them get together on the Empire State Building.

The director teases you the whole movie long.  Obviously these two are fated to get
together, but they spend the whole movie just trying to meet.  And at the very end they almost miss each
other yet again, one going down the elevator as the other goes up.

But in all good romances, there’s this concept of kismet.
Call it fate or destiny.  The eight
year-old son, Jonah, knows it and everyone in the audience knows it.  The only two people who seem to be oblivious
are Ryan and Hanks.  And when they do get
together, even though we all know they’re going to hold hands and stare at each
other with the, “Where-have-you-been-all-my-life” look, still we cry (yes, it’s
ridiculous I admit – me with Karen now in bed, having seen this predictable
movie at least twice already, and crying anyway).

And I’ve been wondering, “Why does this happen?”  What makes me, a grown man perfectly in
control of his faculties, respond like that?

Certainly there was my own harrowing near-miss in courting
Karen (recounted here)
when she got engaged to another guy.  It
was a narrow escape that can still send a chill down my spine like the scene in The Lion King when the
one hyena says “Mufasa” and the other hyena responds, “Oooh. Say it again!”

But I think there’s something more spiritually visceral
going on here.  When a person finds his
or her perfect fit in life, with a person or a calling; when that person’s
destiny clicks in, it’s like a kingdom exchange just took place.  Something in the heavenlies got restored, set
in its proper order, and creation knows it.
Our spirits inside us sigh with recognition.  Something inside says, “That’s the way it was
supposed to be.”

Too many of us, especially us guys, have lost all touch with
that spiritual sense of shalom, of
right-fitting.  It’s the impulse to unity
that Jesus prayed for us to have.  Tears
are but one symptom that we’ve recognized the kingdom coming.