Where are the warriors?

This past weekend, 15 of us guys were sitting around the table at man-night after a hard week in the trenches living lives where our identity as men is often under attack.   One of the guys had just lost his job of 17 years. He was the odd man out in a corporate hierarchy of women. And ot…
By Seth Barnes
07 September 2009, 12:09 am
By Seth Barnes
07 September 2009, 12:09 am 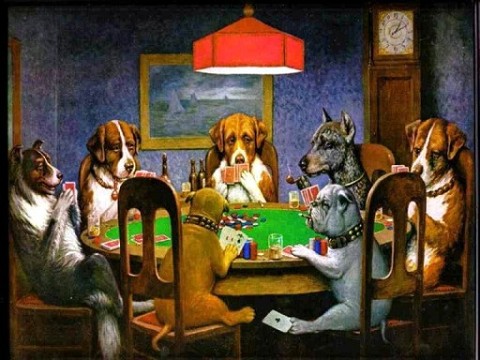 This past weekend, 15 of us guys were sitting around the table at man-night after a hard week in the trenches living lives where our identity as men is often under attack.
One of the guys had just lost his job of 17 years. He was the odd man out in a corporate hierarchy of women. And others of us had been in ego-bruising battles that week.
So we were cutting loose by playing Texas Hold-em with a $20 stake. The place was starting to warm up as we cracked jokes and let down our guard.
Then a strange and awkward thing happened. A guy arrived late to the party with his wife trailing along behind him. Suddenly the tension level shot up. Had this guy not gotten the memo? The #1 rule of man-night is, “no women allowed.”
It’s what we guys instinctively do when, as boys, we build tree forts and post “no girls” signs on them. We need a safe place to rediscover ourselves. Life throws us into a lot of ambiguous situations. We’re hard-wired to provide and protect. But just look at today’s headlines: As doctors, we’re subjected to malpractice suits, as workers we face a spiraling unemployment rate, and as as warriors we’re hauled up on charges that we were too mean to the enemy when we knew that he had plans to kill our women and children.
We’ve sent our warriors packing and have exposed our backsides to an implacable and patient enemy who waits for his opportunity to pick us off.
Our hyper-sensitive metro-sexual culture is as confusing a place for young warriors as any battlefield.  And for those of us who understand the spiritual battle we find ourselves in, we know that we face an enemy whose fundamental motive is to steal and destroy the life of freedom God gives us.  We know we’re called to fight him and that we need warriors. The hard-wiring of a man to provide and protect is something to be celebrated in a sea of feminization.
Eventually, someone re-explained the rules of man-night to the guy and his wife. They excused themselves from our gathering and we let out a collective sigh of relief. The tension in the place dissipated, the sense of safety returned. It was a place to feel OK as a man again.
I hope you men reading this have got places like that in your lives. And I hope you women appreciate the importance of it. God built that hard-wiring into us men for a reason.