Where have all the Swazis gone?

I don’t know how I missed this article on the plight of Swaziland. The plague of AIDS has deprived the country of 300,000 Swazis in the last decade – about a third of the population. The reasons, this article cites are: a culture that “condones, even encourages” promiscuity and polygamy …
By Seth Barnes
02 March 2008, 12:03 am
By Seth Barnes
02 March 2008, 12:03 am

I don’t know how I missed this article on the plight of Swaziland. The plague of AIDS has deprived the country of 300,000 Swazis in the last decade – about a third of the population. The reasons, this article cites are: 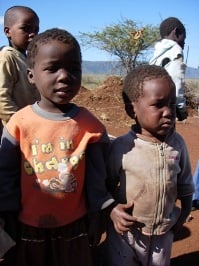 Any way you slice and dice the numbers, it’s human toll looks like this.

WHERE HAVE ALL THE SWAZIS GONE

MATSAPHA, SWAZILAND – Solomon Dlamini decided the
numbers were wrong: When the Swazi government released preliminary
results of the national census a few weeks back, Prof. Dlamini, head of
the national university’s department of demography and statistics, took
one look and concluded that the bureaucrats had made a terrible error.
The census, a door-to-door count through all of this country’s hilly
villages, found 912,229 Swazis. That is 17,489 fewer than were counted
at the last census, a decade before. Shrinking populations aren’t news
in developed countries such as Germany or Japan, but in developing
countries such as Swaziland, in African countries where half the
population was aged 16 or under the last time they counted, populations
do not shrink until now. “My training says that in demographic history,
this is unprecedented and it cannot be accurate,” Prof. Dlamini said in
an interview this month in a small office crammed with books. “But my
reality says otherwise.”

The Swazi government, reacting in consternation to what the statistics
imply, is refusing to call the census figures final. But if they are
accurate – and most experts believe they are – they mean that
Swaziland’s population has not only dropped by 17,000 people; it is
300,000 people, or nearly 30 per cent of the population, below what was
projected as the likely rate of growth 20 years ago. While the figures
are debated, no one here is uncertain about the cause of the drop. “If
I were to sit down to count the people I have lost to
HIV, I wouldn’t get up again,” Prof. Dlamini said with a sigh. He found
himself recently arguing with colleagues; some said that it simply
isn’t conceivable that the population has actually shrunk. No
developing nation has ever shrunk. But others pointed out that no
country has ever, in recorded history, had an epidemic like that of HIV
in Swaziland. And nobody knows what it will mean for the country’s
future.

A toxic mix of factors combined to make the epidemic so bad here: a
highly infectious and virulent strain of the virus circulating in the
population; a culture that condones promiscuity and polygamy in men,
while denying women the right to refuse to have sex or insist on the
use of condoms; a limited economy that relies on sending workers away
from home for long stretches to work in highly infected South Africa;
and a government, led by a playboy king with an ever-expanding stable
of wives, that has denied the scale of the problem, and, while people
were dying, poured funds into luxury-car purchases and highway
expansions. Once the epidemic had dug in, in the late 1990s,
Swaziland’s grossly understaffed and underfunded health system
collapsed under the pressure. As a consequence, only achingly slow
progress has been made in getting anti-AIDS drugs to the sick. So
Swaziland has experienced a rate of death that would appear to have
outstripped even the high birth rate and the growth of the young
population.

“I don’t think anybody quite realized what the depth of HIV would be in
Swaziland,” said Derek von Wissell, director of the National Emergency
Response Council on HIV/AIDS. Normally energetic and determinedly
positive, Dr. von Wissell slumped in his chair and stared at the ground
while he discussed the census. “We knew people were going to die, but
we started to do treatment and we stayed upbeat and then … you see
this.” Nationwide, he said, it’s been a wake-up call. “Even if they
undercounted by 10 per cent, we’re down 25 per cent from where we
should be.”

Development experts comment that the population has dropped both
because HIV infection lowers fecundity, the number of children women
have, and, of course, because of death. “And the people dying in the
greatest numbers are your young, productive people, the ones who make
the largest contribution to the economy,” explained Alan Whiteside, who
heads the Health Economics and HIV/AIDS Research Division at the
University of KwaZulu-Natal, and who has made extensive study of
Swaziland. Nearly half of all deaths today are of people between 16 and
35. (On a normal population curve, of course, it is the elderly who die
in the greatest numbers.) “We don’t have any idea what this kind of a
loss will mean for Swaziland, there’s never been anything like it.
Where, for God’s sake, do they go from here?”

There are two African countries with HIV infection rates that approach
Swaziland’s: Lesotho and Botswana, both of which also have small
populations and a migrant-labour population that travels often to
heavily infected South Africa. But Botswana has not seen a dramatic
decline in population, while the 2006 Lesotho census found an increase
of about 20,000 people to 1.8 million, compared with 10 years earlier.
Dr. Whiteside predicted that Botswana, which is far wealthier than
Swaziland, has good health care and a much more comprehensive ARV
treatment program, will not shrink. But if Lesotho’s census were redone
in 2009, he predicted, it would likely show a population contracting
like Swaziland’s. “They are a bit behind Swaziland on the epidemic
curve,” he explained – that is, the highest levels of mortality had yet
to kick in when the last count was done. South Africa, which has the
world’s highest number of people with HIV/AIDS, might also be shrinking
or close to it, but the process is masked by the huge influx of
refugees, including at least three million from Zimbabwe.

It is not clear what will happen with Swaziland: The rates of new
infection have begun to drop slightly among young people, but they
remain stable or are increasing among people in their 30s. It is not
clear whether the rate of death has yet reached its highest point. Only
a third of people who are sick enough to need ARVs are getting the
drugs; if that figure does not accelerate significantly in the coming
months, then the population may well continue to shrink, Dr. Whiteside
said.

Not everyone is persuaded of the Swazi figures: “Experience has
taught me to be skeptical of census data in general,” said Rob
Dorrington, a professor of actuarial science at the University of Cape
Town, who said he finds it hard to believe that AIDS-related mortality
could be so high, and suspects other causes for the drop. “It is not
unusual for there to be an undercount of children and of men [in a
census], and deaths would have to have been implausibly high, given the
estimated level of prevalence, for one to be able to detect this
through the change in the numbers counted by the census.”

Amos Zwane, Swaziland’s senior statistician, wrote in his preliminary
report on the census that “a population decline or stagnation was not
expected and this result is most surprising.” His office is going to
find a logical explanation, he said, and will not speculate on the
cause until they produce final numbers in the middle of 2008. The
census takers did not do a post enumeration check, which most censuses
do to assess the impact of undercounting. Prof. Dlamini called that a
shocking oversight, but then, he said, he is not sure how much it would
help. If they were to somehow “find” an additional 30,000 people, the
country would only be breaking even, replacing young people as fast as
they die. “And it’s impossible that they would find 300,000 more
people,” he said, head in hands – and that’s who is missing.