Why Do Short-Term Missions?

I was 29 and was leading my first short-term mission (STM). When we stepped off the buses, we were immediately surrounded by a cloud of mosquitoes. Swatting the air like crazy people and already covered by bites, we ran to our cabins. That night a scream sounded from one of the cabins. I gra…
By Seth Barnes
19 November 2013, 12:11 am
By Seth Barnes
19 November 2013, 12:11 am 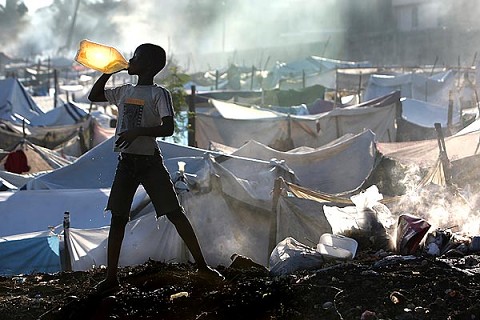 I was 29 and was leading my first short-term mission (STM). When we stepped off the buses, we were immediately surrounded by a cloud of mosquitoes. Swatting the air like crazy people and already covered by bites, we ran to our cabins.

That night a scream sounded from one of the cabins. I grabbed a flashlight and ran in the direction of the commotion. There was a huge scorpion, the first of many pests with which we did battle during the project.

Every day we got blasted by 100 degree heat while heaving buckets of concrete up the scaffold. A week into the project, everyone began to get sick. Something was in our stomachs that wanted very badly to get out. The bathrooms were full all the time.

Everything that could go wrong did go wrong on that trip.

In light of projects like these, we need to understand “Why do we do STMs at all?”

Go back to Jesus
We have to go back to Jesus. If you look at the entire three years that he invested in his disciples, you see that it was a series of journeys. In Matthew 10, the 12 disciples go on six different short-term trips.

So, as followers of Jesus, we do it for two primary reasons:

1. Because they were a tool he used to make disciples. Jesus used tools in developing his disciples. One of the primary tools was the tool of journey. We try to do the same things he did.

2.  In Matt 9:35 we see that it’s also a mobilization tool.  How do we mobilize people to embrace God’s heart for the world? We pray and go. In Acts 1, Jesus tells his disciples they’ll be witnesses in the whole world, then they pray and the diaspora scatters them out.

Jesus took his disciples on a journey. And then he sent them out periodically on journeys within that journey.

Why did he do this? He said, “Take nothing, do the impossible.” This is what I call the God-room paradox: Room for God to move increases the more variables you can’t control. We think, “If he doesn’t show up, I’m sunk.” Growth happens thru risk/dependence

Think about how your own faith in God has grown. Didn’t it happen as you trusted him in new ways?

Tools can be abused
Tools can be used to build things and in this case Jesus used the tool of journey to build people. Jesus didn’t use a synagogue or home as a primary venue for discipling. He used a path. He used a journey along that path.

He did so for a reason, a reason he spells out in some detail in Luke 10 and Matthew 10. Therefore it is incumbent on us to imitate him and understand what he had in mind and how to emulate the model that he gave us.

So, mission trips were a tool. But any tool can be abused. The tool of a hammer can build and it can smash. The internet as a tool has spread the gospel and spread pornography alike. Poorly done STMs don’t invalidate Jesus’ model, but they should point us back to the instruction manual.

Where does the abuse originate? It starts with a misunderstanding of Jesus’ purpose in sending his disciples out. Jesus used the STMs we see in Luke 9 and 10 not primarily for missions, but for discipleship. Missions involves cross-cultural relationships. So, why did he restrict the scope of the disciples outreach to their own culture?

That’s not to say that cross-cultural mission trips shouldn’t be done – there are plenty of biblical examples where they were, most prominently Paul’s STMs to other Mediterranean countries. But we need to begin practicing making disciples in our own culture.

Discomfort and dependence
After modeling what a kingdom lifestyle looked like in Luke 7-8, in the next chapter Jesus sent them out two-by-two to practice that lifestyle without any guardrails. And then in Luke 10, they get to do it again.

When you’re uncomfortable, you become more open to change. As pain increases, so your desire to find a remedy for it increases. All of us need change – we call it spiritual formation. All of us struggle with sins, bad habits and poor perspectives.

We all rely on stuff to define us. But God wants us to depend only on him. Mission trips activate dependence and give a vision for what a life lived that way can look like.