Why Do We Travel?

I was inspired to travel in part because I was born to a traveling family. My parents met in Yosemite, and raised me in Italy and five American towns before I decamped for college. But there was something else that beckoned me to hit the road and explore a world of mysteries after graduating. A…
By Seth Barnes
28 November 2017, 12:11 am
By Seth Barnes
28 November 2017, 12:11 am 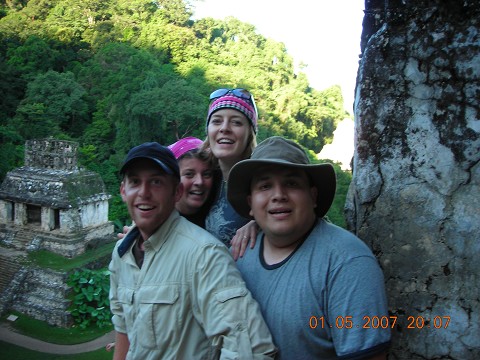 I was inspired to travel in part because I was born to a traveling family. My parents met in Yosemite, and raised me in Italy and five American towns before I decamped for college. But there was something else that beckoned me to hit the road and explore a world of mysteries after graduating. And since then, much of my life has been devoted to helping others learn how to journey well.

What is it in us that calls us out onto the open road? Lance Morrow wrote an essay that helped me understand why we travel in Time Magazine in 1982. It was so good that I cut it out and saved it. It remains the best treatment of the subject I’ve ever read.

Why do we travel? To penetrate mysteries? The earth does not withhold many secrets anymore. Everyone who did not, for one reason or another, travel to China last year is sure to go this year. A tour bus runs down nearly every street in the global village. When does travel degenerate into snobbism or a stunt?

The metaphysics of travel has changed. Television turns us all into what the author Paul Fussell calls “stationary tourists,” electronic cosmopolites. The webbing of satellites around the planet, the “remote feeds” from almost anywhere, give us the illusion that we are world travelers, or at least that we are all caught in the planetary claustrum and interconnection.

National Geographic specials take us farther, more vividly, than we would have the courage or knowledge to go if we were traveling in body, not just in mind.

We sometimes sense that we have reached a moment of critical mass when travel is somehow no longer necessary. The terrestrial explorations have been done. Do we really need to wander through one another’s cultures, smelling the cooking? Could we just hook up to each other by videophone, perhaps with a sensory attachment, and simply dial Bali, or Maui or Angkor Wat? Must the body go there when the mind can almost make it by other means?

If we do bestir ourselves, we ride out to big airports and climb onto big planes that are as amiably de-cultured as Muzak, as white sound. The jumbo jet is the airborne equivalent of the interstate highway – fast and convenient, but a sort of whispering vacuum. One might as well be stuffed into a cartridge and shot through a pneumatic tube, like interoffice mail.

We travel to be in some sense transformed. Travel is process, a transit, a sheer going there as much as an arriving. Travel equals transformation over time. It is everything experienced from start to finish.

What happens to travel when it consists of getting on a big plane and eating a tray dinner and having a drink and watching a movie? And then getting off the plane at an airport much like the one we left and riding to a big hotel and finding a room where the toilet seat wears a preposterous paper sash FOR YOUR SANITARY PROTECTION? Our amazement at the world simply curdles into irony.

The standard threnody for grand travel always sounds like that. In his book Abroad, Fussell argues that “travel is hardly possible anymore.” Once, the traveler embarked upon the world with a sense of spaciousness and mystery. The modern world’s adventuring began with the great explorers sailing west from the Renaissance. Next came the age of grand Continental travel, and then a highly literary travel culminating in the wanderings of men like Evelyn Waugh and D.H. Lawrence in years after the first World War.

The upper-class English had a genius for travel; they took their imperial self-confidence with them into the world, aloof, invulnerable, their servants laboring under steamer trunks and their gazes trained on cathedrals and pyramids, traveled almost as a means of confirming their own moral superiority. In such cases, travel did not broaden, but rather narrowed the mind.

It is a narcissistic fallacy of travel to imagine that one’s mere passing through sets up a charmed understanding between traveler and native, or even a bare comprehension. A kind of Heisenberg Principle usually goes to work: the observation of visitors alters the behavior of the observed, sometimes in ugly ways. Theodore Roosevelt, age 11, recorded a story in his diary of the family’s grand tour in 1869. The Roosevelts tossed small pieces of cake to a crowd of Italian beggars, “We made them open their mouths and tossed cake into it.” Like chickens, like pigeons in the park.

It is an old argument – true up to a point, but contaminated by a certain elitism and inattention to the present. Tour groups have changed the nature and freedom and spontaneity of travel. But the backpacking young travel with as much energy and expertise as Waugh did, and with much less money. Youth between ashrams, on the road to Katmandu. The trouble is that these wanderers rarely can write very well or bother to.

The depressing truth is that travelers tend to be bores. They tend to be waterbugs skittering across the surface of other cultures without learning anything important that they can express. They learn fugitive skills – how to avoid being cheated, how to cross borders. They come back in a daze of wonder.

Why do people travel? Restlessness is a human impulse, something in the genes. We need to find out what is in the next valley. The hominid hunter began it, and people over millenniums traveled for conquest and trade, to find new homes.

America was built by unthinkable sagas of travel, men and women letting go and leaping west into a primitive, dangerous promise. Now one of the more specialized motives for travel is the roots tour, the journey back to Ireland or Italy or Africa to find ancestors and ties.

Freud suggested that men travel to escape the oppressions of their families and their fathers. Maybe that is why people left Vienna. But they travel with more energy to get a tan.

People travel because it teaches them things they could learn no other way. Herodotus got his real education by traveling. Like Odysseus, he saw “many cities of men.” Travel showed him the world and how it worked. Travel is an imperialism of the imagination, a process of acquisition: the mind collects cultures and experiences and souvenirs. The children of the industrial age poured south to dream upon the ruins.

Travel, especially if one travels alone, can make the mind peculiarly alive. Meanings and dangers flow by like colors, like smells, the fluid nuances of place. Real travel is work and may profit from an edge of danger. It is not for nothing that we travel in groups – remembering, though, the ultimate bad travel experience that involved that group at the Donner Pass.

The final point of travel is always individual and indefinable: it makes the neurons glow in a new way. It excites possibilities. People and scenery mean worlds that they cannot mean except when we come to them for the first time as strangers. It is always oneself that one encounters in traveling: other people, of course, other parts of the world, other times carved in stone now overgrown by jungle – but still, always oneself.