Africa receives roughly $50 billion in aid annually from foreign governments, and perhaps $13 billion more from private philanthropic institutions. Yet, author Paul Theroux writes in a Barron’s article, “I can testify that Africa is much worse off than when I first went there 50 years ago to te…
By Seth Barnes
27 January 2014, 12:01 am
By Seth Barnes
27 January 2014, 12:01 am 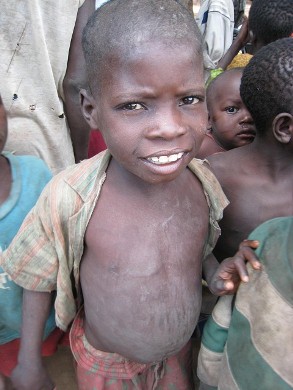 Africa receives roughly $50 billion in aid annually from foreign governments, and perhaps $13 billion more from private philanthropic institutions. Yet, author Paul Theroux writes in a Barron’s article, “I can testify that Africa is much worse off than when I first went there 50 years ago to teach English: poorer, sicker, less educated, and more badly governed. It seems that much of the aid has made things worse.”

Zambian-born economist Dambisa Moyo calls aid a “debilitating drug,” arguing that “real per-capita income [in Africa] today is lower than it was in the 1970s, and more than 50% of the population — over 350 million people — live on less than a dollar a day, a figure that has nearly doubled in two decades.”

Matt Patch got an eyeful on the World Race. He responded to Jesus’ command that we love the poor by working in the slums of Kenya. But after three years of trying to help the poorest of the poor, he declares, “I don’t believe in aid. It’s why I don’t believe in helping the poor. At least not how we’ve been doing it…” He goes on to explain why:

Here are a few of my thoughts regarding aid.

1. Don’t start anything you don’t have to.
When we first started figuring this whole thing out we battled whether or not to start a 501c3. A lot missionaries/humanitarians do that. Terrible idea. Go under someone at least for the first 2 years (it’ll take that long to go be a part of the culture, learn the language, etc.). And chances are your plan will change or need adjustment. We had an organization with 20 years of experience that would cover us and offer us a wealth of knowledge and wisdom from those who have gone before us.

2. Jesus didn’t use a business model- why would we?
We issued 7 loans with interest to people selected by the community as the most capable people to pay it back. We did it by the book. All failed. Since then we’ve issued interest free loans to people that we feel led to give to and have a 100% success rate. The gospel doesn’t make sense. So we have to quit trying to make sense of missions (aid).

3. Be a student.
We’ve been blessed to have Fred Roche and most recently Patricia Miswa join us in ministry. Fred knows his people inside and out. If I don’t have a Fred by my side day in and day out then I’m of no good. Patricia came to us. She has a heart for empowering women. It took us almost 3 years to find her – or for her to find us.

Be willing to be patient and wait for the right people. If it’s one person, go with the one until you find two – or they find you. I made the mistake of appointing leaders and being a teacher. Discipleship to me is more of a community setting where conversations take place instead of a classroom. We have to learn from each other.

4. If Jesus is not the end goal, it will fail.
Jesus has to be the priority. End of story. The business side of the aid may succeed, but look at the stats, people are worse off than they were before as a continent. The Bible isn’t a book of rules, it’s a book of what Heaven looks like if we lived it out. If we teach/live that out, people will prosper.

5. Safari Missions are a joke.
We see a lot of short-term mission teams come in (Christian and non-Christian). If a short-term team doesn’t come in to serve the full vision of the long-term team on the ground then it shouldn’t come.

Short-term teams often come in to help, but then stray away from what the long-term team does to create their own mission. Then they expect those on the ground take care of it. No, no, no, no, no. This is how we enable people in America from having to respond to what God is telling them to do. Be present.

Side note: Adventures is doing a great job in making sure the short-term teams come in to serve. It’s been a priority.

Gret does a good job of showing us how rich we are relative to the rest of the world.
09 July 2013

Following A Call to Extreme Poverty

This is a guest post by Emily Chant, currently in South Africa. Today I walked the “…