Why the process of abandoning is so important (part 2)

Scott Molgard on the World Race is going through a process of rediscovering who he really is. It’s fun to read his blogs – he can be painfully honest about his struggles. But you have to love what God is doing in him. He used to get his strokes from some of the things he’d accomplished, like bein…
By Seth Barnes
01 February 2007, 12:02 am
By Seth Barnes
01 February 2007, 12:02 am

Scott Molgard on the World Race is going through a process of rediscovering who he really is. It’s fun to read his blogs – he can be painfully honest about his struggles. But you have to love what God is 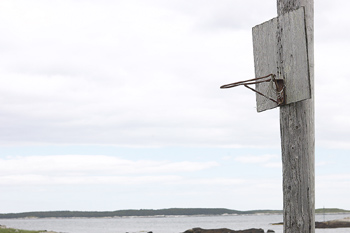 doing in him. He used to get his strokes from some of the things he’d accomplished, like being a power lifter. But these days, without any of those ego props around, he’s learning to find his identity as a beloved child of God.

Because we tend to define ourselves in terms of what people say about us and our accomplishments (both of which are poor indicators of spiritual reality), we must let God start from scratch. Whenever there is major structural damage in a building, it is usually easier to start from scratch than it is to try and patch up what’s broken.

The same is true for us as we wake up to our identity and role in the Kingdom. We are addicted to old, broken ways of thinking. We want to control the process – the very change we want and need can be so hard to bring about.

The only way to make sure the job is done right is to wipe the slate clean and start over. If I’ve derived my identity from something as seemingly pious as my ability to serve other people, I’m building on a flawed foundation. By abandoning the familiar ego supports, I make myself a candidate for God to reinvent me, to redefine me in his image.

Missionaries have a concept they call syncretism – mixing the Christian faith with the local religious practices. But the truth is, we are all syncretistic unless we go through the process of abandon. Inadvertently, we mix aspects of our culture and experience that are invisible to us with what we read in the Bible.

By letting go of the familiar, not only do we eliminate the usual sources of ego strokes in our life, we destabilize ourselves in other ways by embracing rather than running from the change process. Most people hate change. Put yourself in a new culture where all your comfortable habits no longer work, habits of a predictable schedule, coffee in the morning, a phone that woks, access to media, a climate-controlled house, food that you know will taste good and people who behave in predictable ways, and you will be forced to ask foundational questions about who you are.