Karen and I didn’t just move to Indonesia in 1981, we moved into the slums of Jakarta. An open sewer flowed in front of our home. We didn’t have a fridge or a stove. Karen cooked on a bunsen burner. We put our leftovers on a shelf. Something in me enjoyed the experience. When I saw how the poo…
By Seth Barnes
28 February 2018, 12:02 am
By Seth Barnes
28 February 2018, 12:02 am 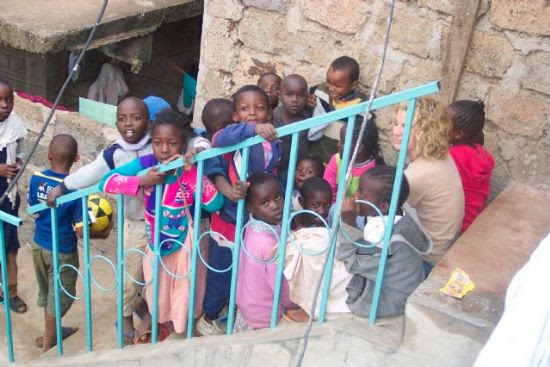 Karen and I didn’t just move to Indonesia in 1981, we moved into the slums of Jakarta. An open sewer flowed in front of our home. We didn’t have a fridge or a stove. Karen cooked on a bunsen burner. We put our leftovers on a shelf.

Something in me enjoyed the experience. When I saw how the poor lived, I was drawn to not just help them, but to live in their neighborhood.

I like the way Peterson renders John 1:14 in The Message, “The Word became flesh and blood, and moved into the neighborhood.” My conclusion: If we are to walk as Jesus walked, we need to spend time living with the poor.

There’s something about moving into a neighborhood, putting down roots, and speaking your neighbor’s mother tongue that is human and vulnerable. It’s missions at its best.

When I went as a missionary to Indonesia, I spent a lot of time learning Indonesian. People appreciated the effort. We’re rarely understood until we first try to understand. And when I commuted to work, I did so on the local buses, hanging off of overloaded bus #804 as it rounded the corner to my office everyday.

Bus #804 was like a Guatemalan chicken bus. It always arrived at my stop packed to the gills. But I could get a foot on the first step and grab onto the first window along with two or three other people. The whole bus would lean precariously to one side as it rambled on, us clinging to its side.

Once, while I was away, Karen opened our food cabinet and saw a rat looking up at her like a scene out of Ratatouille. She ran next door and got some of the neighbor boys to help her dispatch it. They loved the adventure of capturing it.

Our experience of poverty forced connection.

When my college buddy Brian came to visit our apartment in the slums, we realized that while our couch would be an OK place for him to sleep, we only owned one sheet! So we gave him our one sheet and Karen and I used our tablecloth on our bed.

We slept on a bed with slats that were too short. The mattress was always falling to the floor when we rolled over in bed. Karen or I would pull on the tablecloth to better cover ourselves and the bed would collapse with a ruckus.

But instead of it being a humiliating experience, instead of us feeling shame about our poverty, we laughed and laughed at how funny it was. Brian was left to wonder what was going on in the other room.

Our experience of poverty led to laughter.

Jesus defined poverty in terms of spirit. He called those who were “poor in spirit” blessed because they tend to attract the generosity of God. Jesus went from the splendor of heaven to the slums of our fallen planet. He spent 30 years living in the slums and walking through them.

Over the years I’ve found that the experience of visiting with people in the slums is transformative. We who are in the global 1% (the top 1% of the wealthy in the world) who visit the poor on mission trips are often flabbergasted by the joy we witness there. We can’t understand the generosity of those who have so little, yet who insist on feeding us.

We who have equated poverty with money get a different perspective on what it means to be poor. We have been raised to refer to them as living the “wrong side of the tracks.”

But then on our mission trips, we find ourselves confused and delighted. We experience cognitive dissonance in that place that may have been scary in our parochial imaginations, but life-giving in reality.

Our experience of abundance in the spirit in the slums helps us to understand what Jesus was talking about in his inaugural address to his disciples on the mountain (Matt. 5-7). His was an upside-down kingdom where the first are last and the poor are blessed and his followers give to those who hurt them.

Perhaps the core of our issue as 1 percent-ers is that instead of walking how and where Jesus walked, we have defined discipleship as “right belief.” Yes, belief is important, but belief in Jesus is first a relational understanding, not an intellectual exercise. He was looking for obedience.

Young people sense this and are leaving churches organized around belief that their lifestyles can’t support. The way to rebuild the church of Jesus is to invite young people to go live in the places where he loves to hang out – in the slums. And there, to learn from the poor.

Karen and I encouraged each of our children to do that and saw them glean so much from it. The best preparation Estie had to be a mom was to live in the slums for a year. In Kibera, Kenya, the neighbor kids called her “Momma.” In the mornings when she came outside, they came running to sit with her on the stairs and in her lap (see above pic). She loved them like a momma does and they loved her back. It shaped the way she lives life.

Paul said that he had learned the secret of being content in little and in much. We grow up in a society where we experience much and are discontent. Maybe it’s time to spend some time living with the poor to see what true contentment looks like.

Following A Call to Extreme Poverty

This is a guest post by Emily Chant, currently in South Africa. Today I walked the “…