I know literally hundreds of available twenty-somethings, most of whom at some point have thought to themselves and sometime voiced out loud to me, “I wonder who I’m going to marry?”   Most of  the time I have no good answers. It’s a particular problem for women in the target-poor en…
By Seth Barnes
06 September 2011, 12:09 am
By Seth Barnes
06 September 2011, 12:09 am 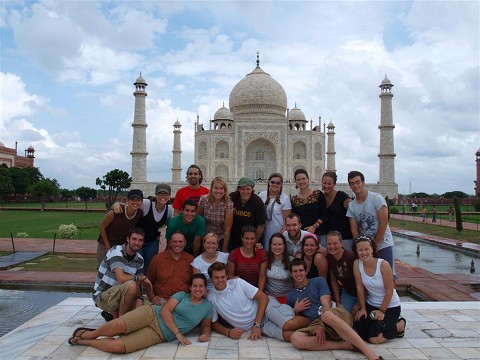 I know literally hundreds of available twenty-somethings, most of whom at some point have thought to themselves and sometime voiced out loud to me, “I wonder who I’m going to marry?”
Most of  the time I have no good answers. It’s a particular problem for women in the target-poor environment in which we live.
Five of them are my own children, but many others are World Racers we’ve mentored who feel like our kids.
And if I could give them a prize, it would be to help them find that handsome husband or beautiful wife who makes their dreams come true. I’ve gone to sometime extreme lengths to try and help. For example, the time when I unabashedly advertised my girls availability (to my credit, I also warned their suitors here and even wrote a letter to future sons-in-law here).
Sometimes God will actually speak to me and let me know that a couple was intended for one another. In 1993, I heard him say that Steve Forister would marry Peri Wetherington before they’d met. They met and immediately fell in love. They’ve had four children and a wonderful marriage.
On the other hand, I completely missed Joe Bunting’s interest in my eldest daughter, Talia. He spied her from a distance and drove across the country to ask for permission to date her. They married half a year later.
What are we to do? I talked to Holland Cox, Hope Mendola, and Karis Fowler about the issue the other morning. I showed them the post I’d written about my daughters. We commiserated about the fact that there are just five available guys at AIM now. I said, “What about so-and-so?” And it turned out he’d just been taken off the market.
Then somebody said,  “You should put together a web site to connect ex World Racers and our 20-something friends.”*
I said, “Great idea, but neither I nor AIM could never be associated with something like that. You guys figure it out and I’ll help you.”
It’s bound to be a hot topic. I’ve actually been thinking about it for a couple of years. What do you think? What are the pros and cons of doing it?
————–
* By “friends,” I mean, people outside the WR who can relate to and embrace their values of giving all for Jesus and his cause here on earth. That will probably be a much bigger group than just racers.