Would you let your four-year-old run the house?

If you’ve been following the World Race, you may be starting to get confused. We have two teams out in the field, on two different continents, and we’re about to throw a third into the mix. Next year, it’ll be four. Earlier this summer, I spent a month in Africa, met up with both of the groups,…
By Seth Barnes
30 August 2007, 12:08 am
By Seth Barnes
30 August 2007, 12:08 am

If you’ve been following the World Race, you may be starting to get confused. We have two teams out in the field, on two different continents, and we’re about to throw a third into the mix. Next year, it’ll be four. Earlier this summer, I spent a month in Africa, met up with both of the groups, bade them farewell after some times of impartation, and recently, they split, too: one team staying in Africa, while the other went to finish their trip in Asia.

Here’s a blog from World Racer Brady Denger in Swaziland, Africa from earlier this month: 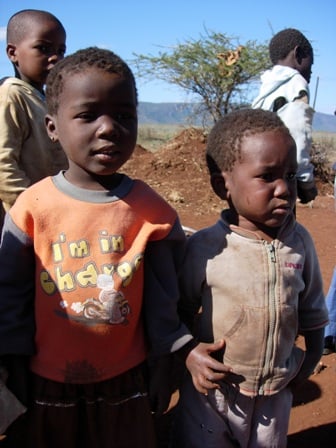 As
we walk up to the carepoint, the children come over and gather around
us. I greet them. “Sanibonani.” A girl scoots closer to me and wraps
her little hand around my pinky. I look down, she looks up, and as our
eyes meet we both smile.


Meet Temamvulane, a beautiful four year old girl and her little brother Sitsembiso.
Temamvulane
has been at the Mbutfu carepoint every day that we’ve visited.

The kids
gather around us to sing our fun and crazy songs and we play games.
Temamvulane’s eyes light up when we start and she runs over to join the
group. Moments later, her brother erupts into tears. He stands firmly
where he is and wails his little heart out.

Temamvulane hears him, runs
over, and picks him up to calm him down. This is no small feat for her.
You can see that she isn’t much taller than he is and even when she
stoops down first, she only gets him a couple inches off the ground. It
works though, and he stops crying.

She then takes his hand and leads
him over to the group. It may not seem like a big deal to you, but she
can’t even play duck duck goose with us or her brother will cry. She
can’t come over to sing and dance unless she leads her brother over
with her.


It’s normal in America for a younger sibling to follow the
older one around. It’s normal for the older child to have to drag their
sibling behind them.

But here, there is no parent. She’s the only one
looking out for him. The children stay with their grandparents but they
walk by themselves to the carepoint each morning and home again in the
afternoons.

For the better part
of
the day, she has sole responsibility for her brother and she’s only
four.
A parent could be arrested in the United States for allowing a
four-year-old and her little brother (he’s probably 2 ½) to wander
around alone. 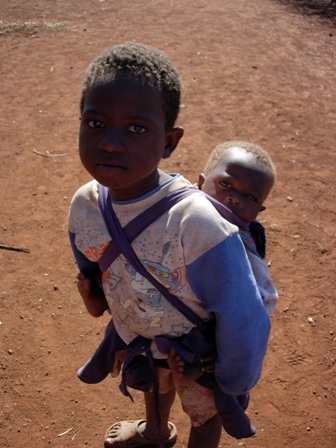 Four-year-olds can’t even take care of themselves, let
alone a younger sibling. In Africa, though, it’s completely normal.

This
is the story of many of the children we see each day. Some children
stay with relatives but they walk themselves to the carepoints for a
meal each day.

Some of the orphans don’t even have family to stay with
so they stay in their houses alone.

They’ve been taught their whole
lives, often by their parents as they die of AIDS, that if they leave
their homestead, they will lose it. So they stay alone.


You can imagine
what


happens to these defenseless, innocent children when immoral men
in the community know they live alone.

When
we play with them at the carepoints, they seem like normal children.
Despite their serious expressions in most pictures, they smile and
laugh a lot. They jump around and run in circles.

Their toys look a
little different, often simpler than ours, but they don’t know any
different. Once they leave the carepoints, however, I don’t know what
they go home to. I’m not sure I want to know; it would break my heart.

I love these kids. I wish I could give them the world but all I have to
offer them is my love. So I give it.

Is God calling you to take a leap of faith – to experience his brokenheartedness for widows and orphans – what James calls “true religion”? Take a risk and fill out a quick app at www.theworldrace.org. These missionaries aren’t just learning about it; they’re living it.