Your Dream Is Trying to Kill You 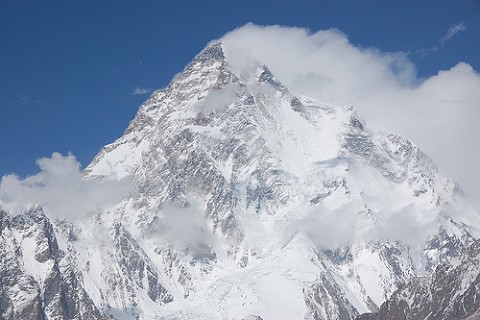 I have a kingdom dream, but I almost wish I didn’t. Having a dream is like climbing K2. K2 is the second highest mountain in the world. Mount Everest is the highest, but Everest is easier.  They call K2 “the Savage Mountain” because it kills people.

In the summer of 1986, the year I was born, twenty-seven people climbed the 28,000 foot summit. It was K2’s most successful year.  The first woman also made it, forty-three year old Wanda Rutkiewicz.  A few months later, a second woman did the same, Julie Tullis, but she died on the descent.

The American team didn’t make it that year. An avalanche killed two, and the rest went home. The French husband-and-wife team, made it, but on their way down they disappeared. Rescuers found the wife’s body three weeks later.  They didn’t find her husband for another twelve years.

Later that year, seven climbers got stuck in a storm at 26,000 feet. Only two made it home, and they paid for their lives in fingers and toes, lost to frostbite.  One climber was found a year later by the Japanese team leaning against a rock wall. She was frozen stiff.

1986 was also the most tragic year of K2’s history. Thirteen people died for the twenty-seven who made the summit. About one in two.

You dream because you have to. God gives you a vision of you on the mission field or behind a banker’s desk or, like me, at a typewriter writing a novel. You do it because you can’t get that picture out of your head.  You’ve tried to, but it won’t disappear.  It’s like a huge, snow-capped mountain the shape of an arrow head. It must be climbed.

But that doesn’t make it easy.    Every time your dream becomes a little real, another part of you dies.  For every two successes, there is a failure.  Your dream wants you to see the world as you never have before. You gaze over the other, smaller mountains. You see the valleys. You’ll never see the world again after you make that summit.  Your dream wants to give you life like you’ve never had before.

Your dream wants to kill you. You fall 3,000 feet to your death. One-hundred thousand pounds of snow and ice collapses on you.  You get stuck in the open in much too cold weather, and they find you years later, still standing but frozen stiff.

Sometimes I wish I was still in Santa Barbara, drinking coffee at my desk job, filling out forms all day. It would be easier.  Less stressful.  Who needs to write a book that no one may buy?  Coffee is delicious.  Desks are convenient.

It’s too late, though.  I’m already attached to the mountain.  The cold air stings my lungs and I’m faint from the altitude.  Live or die, I have to attempt the summit.

Joe dreams of writing novels and teaching other people how to
read and write them, too. Check out his blog TheWritePractice.com