Your safety may be an illusion

My sister’s situation a few days ago illustrates how we can feel safe when in fact we are oblivious to great danger. In America, we are obsessed with safety. We take out insurance policies on everything to protect ourselves from risk and we blanch at the thought of exposing our children to r…
By Seth Barnes
11 August 2008, 12:08 am
By Seth Barnes
11 August 2008, 12:08 am

My
sister’s situation a few days ago illustrates how we can feel safe when in fact
we are oblivious to great danger. In
America, we are obsessed with safety. We
take out insurance policies on everything to protect ourselves from risk and we
blanch at the thought of exposing our children to risky situations.

My
sister lives in a nice upscale neighborhood in Santa Barbara, but last
Thursday, she discovered that her next door neighbor had a secret. Saturday’s
paper carried the story: 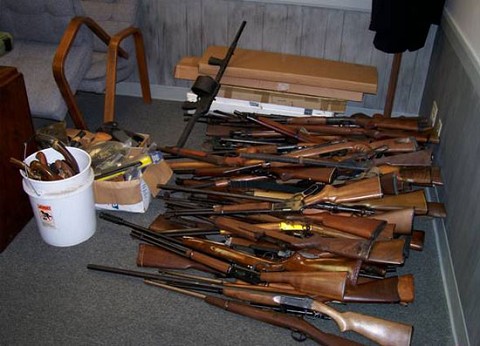 Santa Barbara Police seized a hefty arsenal of 134 guns, 800 pounds of
ammunition and 13 swords from a home in the 1300 block of Salsipuedes St.
Thursday. Nearby residents called police fearing the man living there, who has
Parkinson’s Disease, could hurt himself.

Police Det. Jaycee Hunter said “We don’t come across that very often.” He said the 65-year-old man
was cooperative with police, but couldn’t recall much more than his name.

Whether
you have a kooky neighbor or you’ve got your investments tied up in real estate
that is crashing, life is much riskier than you realize. The same day that news of my sister’s neighbor’s
armory appeared in the paper, the comedian Bernie Mac (who was my age – 50) died of pneumonia,
and John Edwards’ hypocrisy destroyed his political career. Life is full of risk.

Ultimately,
the greatest risk we take is in not taking the time to do business with
a God
who created us and wants us to trust him in reaching out to a hurting
world. It’s
amazing how many of us are building our lives on the sand of perceived
independence and short-term security when the very foundations of our
life are precarious. What foundations are you building on – where is
your security?