YWAM shooter heard voices – whose were they? 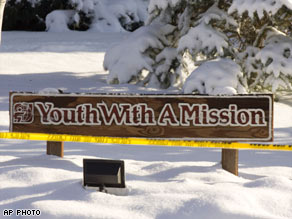 By now you’ve seen the news reports – the YWAM shooter, Matthew
Murray, was kicked out of a missionary training program five years ago for
strange behavior, and talked about hearing voices.

Another YWAMer, Richard Werner, said
Murray was told in December 2002 he would not be allowed to join a mission trip
to Bosnia. That was five days after Murray performed a pair of dark rock songs that included one by Marilyn Manson at a concert at the YWAM base that left fellow workers
“pretty scared.”

Unless you’ve had to confront
demonic activity, if you’re like a lot of Christians, when you read these news reports, I’m guessing you’re looking for a rational explanation for the voices.
Surely its some form of psychosis. A chemical imbalance.

My own belief is that a personal evil has been assigned the task of our
destruction – yours, mine, and Matthew Murray’s. I’ve seen people targeted over
and over again. Murray and his
victims are a good illustration that our enemy is alive and at work here in this
most rational of countries.

I’ve got a friend who confronted the demonic voices behind his teenage niece’s anorexia last week. She was dying. My friend didn’t mess around with behavioral modification – he cast those evil things into the outer darkness and, because he was a thousand miles away, he did it over the phone. In the week or so since, she gained 17 pounds and is smiling again.

Some of you have an anorexic faith. The good news is that Jesus gave us all authority to boldly confront evil and to tell it where in hell to go. That’s what Murray needed – deliverance from evil, not psychoanalysis.

If you have never really appropriated this authority, today would be a good day to step up to the plate and get it. And if you want a good example of how this works, read Eric’s blog.