I remember the first day I hiked the Camino de Santiago nearly 10 years ago. It was early in May – the air was crisp as we set out on the path. As we passed a medieval monastery now converted to a way station for pilgrims, I could sense a thousand years of pilgrimage history. If you let yo…
By Seth Barnes
27 September 2022, 12:09 am
By Seth Barnes
27 September 2022, 12:09 am 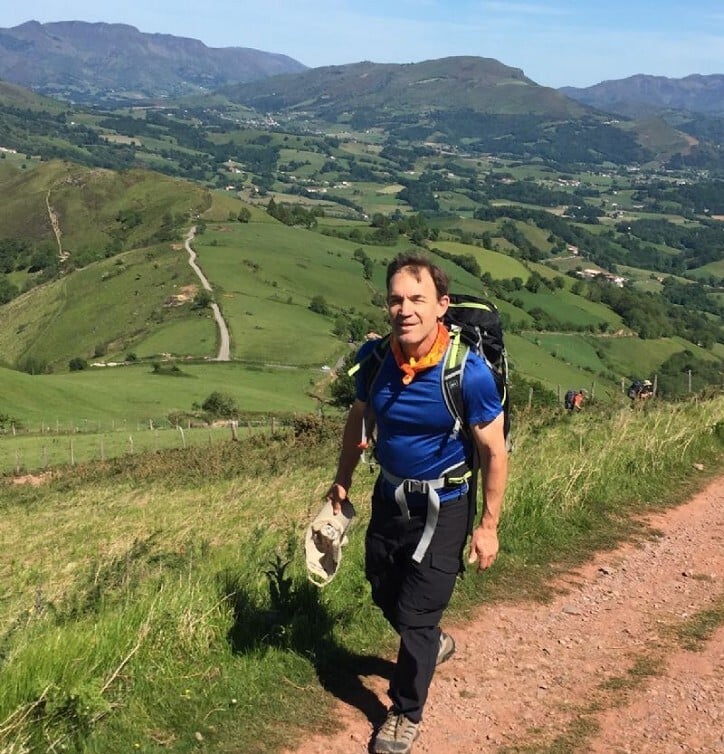 I remember the first day I hiked the Camino de Santiago nearly 10 years ago. It was early in May – the air was crisp as we set out on the path.

As we passed a medieval monastery now converted to a way station for pilgrims, I could sense a thousand years of pilgrimage history. If you let yourself, you could almost sense the ghosts of weary pilgrims walking its paths.

That day began a series of hikes over the next decade. The first lasted two weeks, but most of the rest were about a week in length. Along the way I found different ways that the Camino spoke to my spirit. Here are five of them.

Hiking out of Carrion de los Condes, I was walking with my friend Justin Schneider. Soon we were overtaken by a Russian peregrino named Edward. He was in a hurry. We speeded up to talk with him and he readily shared his story.

He has was having problems at home.

“What problems?” I asked.

“So you drink too much and that impacts your home life?”

We talked for a while about it. Like many pilgrims, he was open about his struggles. It was about 7:00am, the sun was coming up. And soon he quickened his pace and raced ahead.

A couple of hours later it was time to stop for a morning coffee. And there was our Russian friend sitting outside at a cafe ahead. On his table was a bottle of wine.

Yes, he was on a pilgrimage. But in a fundamental way, our new friend had yet to begin. He hadn’t made up his mind about leaving behind his addiction.

Whatever it is that is a tax on your spirit, the Camino is a great place to detox and leave it behind. 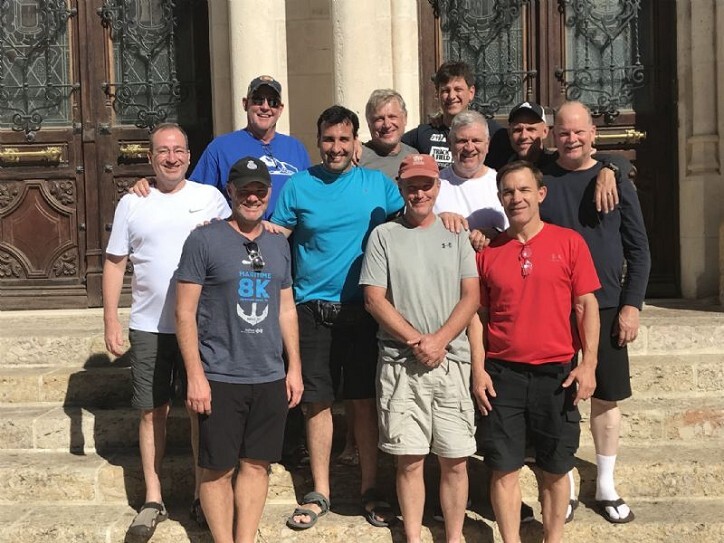 I wasn’t prepared for the openness of the fellow Pilgrims. Like Edward, they would talk about the struggles in their lives. Community forms quickly on the Camino.

We were at our first stop – Najera, a pretty town that sits on a river and abuts red cliffs. I was hiking with a group of men. Night had fallen and we were already in our bunkbeds with the lights off. Suddenly the doors flew open, the lights turned on, and a stranger was shouting, “Who took my phone?”

We rubbed our eyes. Three men stood in the doorway.

Eventually they shut the door and we fell asleep. The next day, who should be in our hostel, but the same three guys! Laughingly they told us their story. They were from Brazil. They’d recovered the phone.

Together with the Brazilians, we decided to make dinner for all the pilgrims in the hostel. And we enjoyed their company so much we wound up hiking the rest of the way with them.

The Camino has that kind of magical effect on people. It feels natural to form community and share life.

You walk in the footsteps of pilgrims and Templar knights. You walk down the back alleys of towns whose restaurants antedate Queen Isabella commissioning Columbus.

In each new town, the stories of the ages cried out from the cobblestone streets and old Roman walls. In Najera we visited an old monastery. It was founded in 1052 by King Garcia, son of Sancho the Great.
According to legend, one day King Garcia was out hunting when his falcon chased a dove into a cave. In the cave he saw an image of the Virgin Mary lit by a lamp. So of course he built a shrine which later became a beautiful church and monastery.
Down through the centuries, due to wars between bishops and kings, it became a multi-purpose building, serving at times as a prison, at times as a place for bull fights, and at times reverting to its original religious purposes.
But always, in its crypt, the Church of Santa Maria la Real served as a cemetery. And if you pay four Euro, even today you can see where the great men of Najera are buried.
Coming into daily contact with a thousand years of history has a way of putting everything in your life into perspective.

One morning on the trail, I met a 31 year-old German mother of three girls named Sylvia.

“Why did you decide to go on pilgrimage?” I asked.

“I want God to surprise me,” was her response

That’s it, I think. God is wanting to do just that with us, his kids. We trudge through life, sometimes overwhelmed by all we have to carry. God sees us and wants to surprise us with joy like a dad surprises his kids on Christmas morning with gifts.

We live noisy, cluttered lives. The fast-forward button on my life often seems stuck in the “on” position. The Camino gives you the opportunity to disengage from the 9-5 office reality and enter what Richard Rohr calls “liminal space.”

You hike away from social media and To Do lists and into a space where you are given the gift of simplicity.

You carry everything you need on your back. Things you don’t need get thrown away, mailed home or donated. You get to decide what material things you really need.

There is a better you waiting out there on a pilgrimage trail. But to find him or her, you have to leave behind the things that weigh you down and take up space in your life. Your pack will feel lighter.

Pilgrimage is About What You Leave Behind

In the months ahead, coming out of a season laced with virus and death, we so desperately nee…